The buzz generated by the Supreme Court’s latest decisions on LGBTQ rights and the Deferred Action for Childhood Arrivals (DACA) program have once again drawn their characteristic shares of praise and condemnation from partisans hoping for their desired outcomes. As though the decisions were dictating the turning of the earth, conservatives disappointed with the Justice Neil Gorsuch’s ruling on LGBTQ civil liberties characterized the moment as “[throwing] religious liberty, free speech, and employment law into complete turmoil,” whereas progressives hailed the court’s decision to reject the Trump administration’s rationale for ending DACA as an “enormous victory.”

While the rhetoric of both sides is surely exaggerated, these reactions tellingly suggest that the view of the courts as the final decision makers of big, contentious issues in American politics is ascendant.

Starting with Bostock v. Clayton County, the SCOTUS case clarifying that Title VII of the Civil Rights Act extends legal protections to individuals regardless of sexual orientation or gender identity, conservatives unhappy with the decision were particularly incensed over an apparent betrayal by Justice Gorsuch writing the majority opinion. The Wall Street Journal editorial board encapsulated this best, charging that the highest court in the land, “even buttressed by two Trump nominees, is in no consistent way ‘conservative.’”

This is one of the primary failures of a judicial supremacist view of politics. A Supreme Court decision interpreting a statute in a law that Congress has the power to change at any time becomes a white-hot flashpoint for those who see the decision as the end of the road for their priorities.

None of this is to say that the statute would be successfully changed, but if the courts are seen as the last possible attempt at changing an issue, members of Congress are absolved from even trying to act any further. Without the debate that would result, no minds are changed and no positions are revealed. The courts, meanwhile, sink further into being seen in terms of a partisan struggle to the death where one side wins and the other loses. It is no wonder, then, that so much hyperbole surrounds Supreme Court decisions on the part of the “losing” side.

A judicial supremacist worldview is no better for those receiving their preferred outcomes from the courts. Just as rulings cutting against one’s ideological preferences can make their side feel powerless, decisions empowering them can produce an overestimated sense of triumph.

In Department of Homeland Security v. Regents of the University of California, Chief Justice John Roberts rejected the Trump administration’s attempt to rescind DACA, an Obama-era program preventing the deportation of individuals brought to the country as children. Far from the decisive victory some progressive activists appear to have interpreted, Chief Justice Roberts was far more muted. “We do not decide whether DACA or its rescission are sound policies,” Roberts wrote in his opinion. “‘The wisdom’ of those decisions ‘is none of our concern.’”

Put another way, the protections extended to DACA recipients were only redeemed due to a legal technicality overlooked by the Trump administration in its attempt at rescission. Roberts goes on to make clear that the program may still be legally ended in the future unless Congress were to pass a legislative solution to the issue.

Senator Angus King (I-ME) recognizes the necessity for action that has become so elusive in Congress’s age of judicial supremacy. In a statement with 46 of his Senate colleagues addressing lack of action on the issue, Sen. King declared that “the Senate has a responsibility to consider legislation to protect the young immigrants who are eligible for DACA.”  For a program that, according to a recent POLITICO/Morning Consult poll, is supported by 78 percent of the public, one would think that negotiating legislation making DACA protections permanent would be straightforward.

Unfortunately, the political second nature of assuming the courts will handle the issue lets off the hook those in Congress who would prefer to avoid taking a vote that instantly clarifies their position.

As the Senate marks the confirmation of its 200th federal judge pursuant to Senate Majority Leader Mitch McConnell’s (R-KY) prioritizing of judicial nominations over legislation, Americans should see these recent SCOTUS decisions as an new opportunity to challenge the prevailing view of the courts in politics and demand a Congress that is responsive to their concerns on all manner of public policy questions. Sen. McConnell’s credo of “Leave no vacancy behind” may make for an impressive t-shirt slogan, but it does very little in the way of durably influencing events.

It is Congress, not the federal judiciary, that is meant to address the public’s concerns and serve as a forum for reaching accountable solutions to those concerns. The prevalence among political activists on both sides to bet everything on court decisions only enables Congress’s foot-dragging on these issues.

To change that environment, we must all take care to see beyond the short-term results of the judicial supremacist mindset. Doing so first requires rediscovering the deliberative power Congress has to truly shape policies affecting current and future generations of Americans. 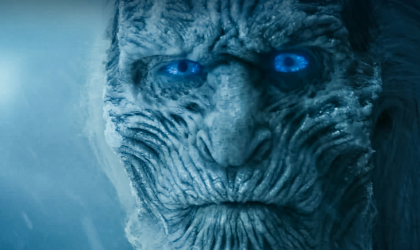 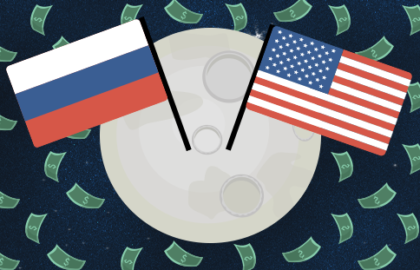