Though still a young country, America leads the world as a place of freedom and success due to, in part, by the free market and limited government its citizens enjoy. In fact, there has never been a better time to be alive in human history than today. Capitalism has created a world in which every need is provided for; food, clothing, abundant housing, entertainment. Heck, it’s brought Americans so much wealth that online shopping and cheap prices are turning Americans into hoarders!

But capitalism has also defined Americans as workers and consumers, only working to consume the next iphone or second home. Albeit, these things are making life better for most Americans, but has capitalism and limited government shaded our view from those left behind?

Democratic Socialists Bernie Sanders and the newly elected Congresswoman Alexandria Ocasio-Cortez have pulled many young Americans and much of the Democratic party to a different path, proposing policies such as Medicare for All, expanding Social Security, free public college tuition, and a federal jobs guarantee. These policies aim to fulfill what our current society lacks. After all, if these policies were enacted, Americans would have health care coverage from birth to death, an advanced education, a guaranteed job, and retirement – all paid for and by the federal government.

When put this way, it’s pretty tough to say another way is better. A limited government won’t guarantee all Americans have health insurance, a college degree, or a fully funded retirement. It’s no wonder more young Americans are more positive about socialism than they are about capitalism, with socialism, you can have your cake and eat it too!

However, there’s a phrase that sums up much of what the Democratic Socialist platform offers that many throughout history have learned the hard way, “If it sounds too good to be true, it probably is.”

If it sounds too good to be true, it probably is.

As the House of Representatives changes parties, Democrats will be pressured by influencers like Sanders and Ocasio-Cortez to enact such policies – the foremost being Medicare for All.

You’ve heard the program would be expensive. True, it would cost about $32 trillion over 10 years. In order to pay for such a program, Americans’ tax rates would likely be doubled. But there are many touting Medicare for All who do not care what the program would cost. Instead, they see health insurance as a right, despite the fiscal damage it would do to America and her citizens.

So if we trade fiscal health for health insurance, what kind of care will Americans receive?

Last year, the Fraser Institute released a report showing that wait times in Canada, who has a version of Medicare for All, were rising – hitting all-time highs. “If you want to pay for better health care, you can’t, says Dr. Matthew A. Plant. “That’s why those who can afford to, tend to go down to the U.S. for care if they have anything serious happen to them.” A single-payer health care system may also worsen our country’s doctor shortage, as doctors get reimbursed 40% less from Medicare than private insurance.

Americans don’t even have true health care markets and they rate their private coverage well above those with government provided coverage. According to Gallup, only 43% of Medicare beneficiaries rate the program satisfactorily, and whopping 53% of Medicare beneficiaries are pessimistic that the Medicare program will be able to provide adequate healthcare coverage in 20 years. In comparison, over 77% of Americans with private health insurance rate the quality of their health care as “excellent” or “good.”

There is no denying that America’s health care system is in trouble. But as a country that has excelled in innovation, we should not settle for a government managed system that will provide middling care for all at the expense of high quality care for most.

We should not settle for a government managed system that will provide middling care for all at the expense of high quality care for most.

Sanders and his followers also want to make drastic changes to the labor market, proposing a federal jobs guarantee. A job for everyone, provided by the federal government, promoting dignity and a decent standard of living – that’s what they’re saying anyway.

While many would point to the costs of employing the entire country, in reality, it wouldn’t cost as much as skeptics would think, however, it would change the labor force dramatically for the worse. “According to the Economic Policy Institute, 39% of the workforce, some 54 million people, now earn $15 an hour or less. All would have an incentive to quit and join the federal program. Of course, most wouldn’t because their employers would, grudgingly, raise pay to keep them, then pass the cost on to customers, a de facto inflation tax,” says Greg Ip.

In addition, it would make necessary, yet low-paid jobs less attractive. “Low-paid work such as brewing coffee, cleaning hotel rooms and flipping hamburgers gets a bad rap but it satisfies a genuine demand: People want coffee, clean hotels and hamburgers. A federal make-work program would crowd out many of those private services.”

Besides having a job that allows you to provide for your family, the other piece of the American dream for many years was a college education, and with free college tuition, everyone can achieve that dream, right?

The argument goes; if students that can’t afford college, could afford college, they would go, succeed, and be productive members of society. Thanks to Higher Education Act of 1965, more students are enrolled in college than ever before and more low-income students have greater opportunities to attend college. While student debt rightfully garners a lot of attention, is mass college enrollment the best use of our resources?

Bryan Caplan, author of The Case Against Education, says “as a society, we continue to push ever larger numbers of students into ever higher levels of education. The main effect is not better jobs or greater skill levels, but a credentialist arms race.” Caplan suggests that workers today are technically smarter, per their degrees and other credentials, but are working at the same jobs people did with less education 20 years ago – essentially making continuing education a must because of the credential inflation happening in our job market.

The argument for college for everyone is rooted in a vision for a “great society” more than it is in economics or freedom. The fact is simply, not everyone wants, or needs a college degree. Innovation outside the traditional college structure would be a more productive and more efficient alternative for young Americans.

So many politicians and Americans have been drawn to bold federal solutions without considering the price tag in dollars and freedom.

One thing that all of these proposals have in common is they are wildly expensive. Though it would seem that no party really cares about the debt or the cost of any government program anymore, someday, future generations will. Long term deficits could lead to economic disasters if buyers of U.S. debt no longer trust the ability of the U.S. government to pay them back. Even absent an economic crisis, there are still massive risks of inflation or high interest rates that will suppress economic opportunities and send more tax dollars to pay off bonds than go to budget items like as defense, research, or infrastructure.

Though it would seem that no party really cares about the debt or the cost of any government program anymore, someday, future generations will.

Because governments can tax and print money to cover those debts, many believe that the government is immune to the same detriments associated with personal debts. A tried and true excuse by Congress to spend more or tax less. They are right that no one can foreclose on the federal government, but there are consequences when a government borrows more than it can afford. And those will primarily fall on incoming generations.

It’s tough to be a wet blanket and say no to programs that, on the surface, sound like they will help our most vulnerable and create a better life for the average American. However, there’s no such thing as a free lunch, and the cost will ultimately catch up to Americans, whether that be generations alive today or tomorrow. As they say, what goes around comes around.

Ronald Reagan famously said in his farewell speech, “Freedom is never more than one generation away from extinction. We didn’t pass it to our children in the bloodstream. It must be fought for, protected, and handed on for them to do the same, or one day we will spend our sunset years telling our children and our children’s children what it was once like in the United States where men were free.” America is too important to so many. Losing sight of how we got here would be a dire mistake. 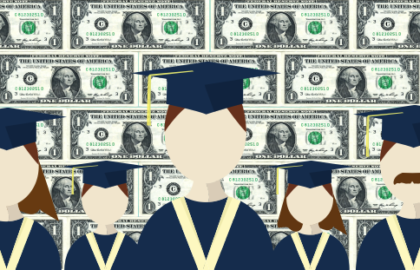 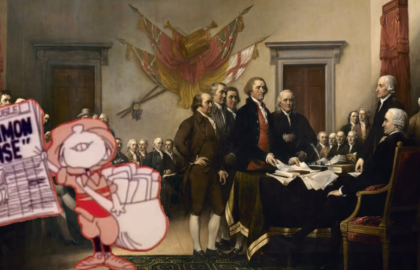 Rediscovering the Pursuit of Happiness