From clothes, to weapons, to medicine, to food, the Department of Defense (DoD) is responsible for managing “a complex, multibillion-dollar system for delivering commodities and services to U.S. military forces worldwide.”

One would hope that the DoD supply chains mimicked the transformatively efficient Amazon model. Unfortunately for taxpayers, it appears that the DoD has adopted something more akin to the Starbucks’ “put a store on every corner” model.

The good news is, there is a Senator that is trying to fix that.

In 2017, the Government Accountability Office (GAO) found that the DoD has a whopping 256 distribution centers – more than twice as many as the Amazon network that ships over 5 billion packages each year.

Not only are the workflows lopsided, but many of the distribution centers are very close to one another, including some situations where there are multiple facilities located on the same military installation.

To make matters worse, the DoD is using privately-owned storage facilities when there are government-owned facilities nearby.

Add all of these inefficiencies up and you get major potential for savings. About $527 million over 5 years’ worth.

To their credit, the Department of Defense began fixing these supply chain problems, implementing a series of actions to improve the transportation and inventory components of their supply chain networks. But they discontinued the revamp before they reduced the redundant infrastructure.

While DoD officials acknowledge that unnecessary overlap and duplication do exist in its distribution centers, they claim that that they do not have the appropriate authority to eliminate those problems.

Here to the rescue is Senator Joni Ernst (R-IA), who just introduced the Defense Storage and Supply Efficiency Improvement Act. The bill would provide the Pentagon with the authority to “consolidate infrastructure, including warehouses, at the distribution centers of the Department of Defense.” With this authority, the DoD would be able to improve efficiencies while reducing costs – hopefully achieving the $527 million in savings that GAO identified could be achieved back in 2017.

If passed, the bill would only require that DoD issue a report to Congress detailing its consolidation plan, including expected savings, facilities that will be closed, and an explanation of how the plan will achieve savings without hindering supply chain effectiveness.

In the roll out of her bill, Sen. Ernst noted that “the DOD inventory is so sprawling that it has proven difficult to keep track of even large items, like a fire truck” and that the DoD is spending millions to store 768,000 items that will never be used.

The DoD wants the authority. The taxpayers want the savings. And Senator Ernst wants to enable both. Hopefully the rest of Congress gets on board with this proposal to make the DoD a little more like Amazon, and a little less like Starbucks. 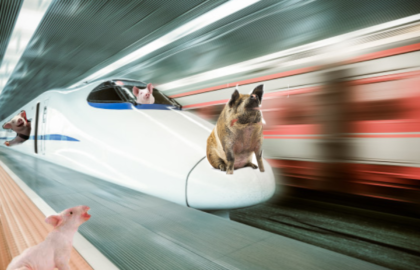