How Much Money Is There in Better Tax Enforcement?

In her plan to pay for Medicare for All, Sen. Elizabeth Warren recently proposed raising $2.3 trillion dollars over 10 years from simply better enforcement of existing tax laws. While improving tax compliance is something both liberal and conservative economists view as a smart way to raise revenue, is there really an easy $2.3 trillion dollars in revenue out there for the easy taking?

The first thing to look at is the size of the current tax gap, or the gap between what the federal government is legally owed and how much it actually collects. In the most recent years for which we have data, 2011-2013, the tax gap equaled roughly $441 billion annually, or about 15 percent of what the government was legally owed. Given declines in IRS funding, the gap has likely grown. According to some projections, the total value of the tax gap over the next decade should total about $7.7 trillion dollars.

Before going into the details of Warren’s plan, it’s important to note that the optimal tax gap is larger than zero. Why? Not because some tax avoidance is good, but there comes a point where the marginal cost of additional tax enforcement is larger than the amount of revenue it’d capture.

However, most analyses agree we are far from this point, and think that an additional dollar of IRS enforcement funding would lead to well over a dollar in new revenue. The CBO estimated that $20 billion of new IRS funding would result in $55 billion in new revenue in a decade.

Warren’s proposal calls for reducing the tax gap from 15 percent of owed tax revenue to 10 percent of owed tax revenue. She proposes strategies such as introducing mandatory reporting for non-wage income, introducing return-free filing (which would reduce errors), and increased audits, especially for high-income taxpayers. Is this feasible? And what would its economic consequences be?

Economists Larry Summers and Natasha Sarin recently published an analysis in Tax Notes of how several tax compliance changes, from increasing audit rates with a skew towards auditing higher-income filers, improving tax reporting for self-employed taxpayers, and improving IRS information technology, would increase tax revenue. They estimated that, with about $100 billion in new IRS spending, they could raise $1.15 trillion in new revenue.

That’s a much higher return on IRS expenditures than the CBO projected, because, as Summer and Sarin write, the enforcement policies the CBO modeled involve broadly expanding audits, as opposed to focusing on higher-income taxpayers, and the CBO’s policies did not include modernizing the IRS’s technology. Additionally, the CBO did not consider the deterrence effects of more audits: a higher audit rate means taxpayers are more careful not to underpay, even if they don’t get audited themselves.

So on net, Summers and Sarin’s policies would reach about half of the proposed revenue that Warren calls for, and reduces the tax gap by about 15 percent, rather than 33 percent. While the first trillion in additional tax revenue from better compliance might come with relatively low costs, what would be the costs of the next trillion? And what are the costs associated with increasing tax compliance, beyond just higher IRS spending?

The answer to these questions aren’t clear. As George Washington University economist Steven Hamilton has noted, increasing tax compliance would increase the effective tax rate, and with it bring distortionary economic effects. However, it’s not clear how those economic costs would compare to raising revenue by raising income tax rates or creating a wealth tax. Indeed, as the International Monetary Fund observed, countries that have significantly improved tax compliance have done so while reducing tax rates.

Increasing IRS tax compliance to raise revenue seems like a smart way to raise revenue on the margin, relative to other proposals to raise revenue by increasing tax rates or creating new taxes entirely like a wealth tax. It’s not a free lunch—tightening IRS enforcement and increasing compliance do have cost beyond just higher IRS spending. And $2 trillion over the next ten years might be an overly ambitious goal.

But on the whole, Warren’s proposal to strengthen IRS enforcement is likely her best plan for revenue generation. In a time of record deficits, politicians looking to shrink the gap or fund new programs should take a look at increasing tax compliance. 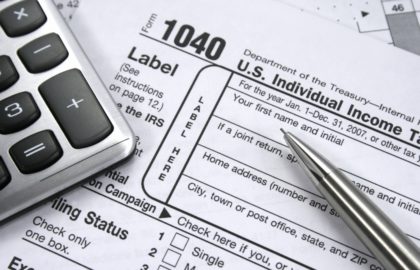 What is the Tax Gap and What Can Be Done to Reduce It?