When it comes to Medicare, the only subject circulating in the news these days is the debate over Medicare For All and whether there is any way to pay for the $30 trillion+ in estimated costs to enroll America into a federal health plan.

Skeptics and proponents alike are not quite sure if it’s viable to cover the costs of this ambitious proposal, especially while hitting rhetorical goals of not burdening the middle class with new taxes. Candidates have demurred when asked about the finer details of financing the plan, opting to focus on the dessert part of covering everyone rather than the veggies portion of how to pay for it.

That is, until this week, when Senator Warren, a leading Democratic presidential candidate and proponent of Medicare for All, acquiesced to the demands to outline a way to pay for her ambitious health care proposal. Her pay-for plan has been called wishful thinking and fairy dust, but to her credit, she did answer the call of issuing a policy document that can be answerable to the public. A commendable action even if you disagree with the direction or viability of the policies she proposes.

Constant demands had the impact of Warren going pen-to-paper. What you likely haven’t heard is that the Medicare we have now is not paid for either. Far from it.

Medicare spending is the fastest growing program in the federal budget. It is projected to grow 7.4% each year over the next decade, at which point it will double from $768 billion annually in 2019 to $1.5 trillion in 2029. 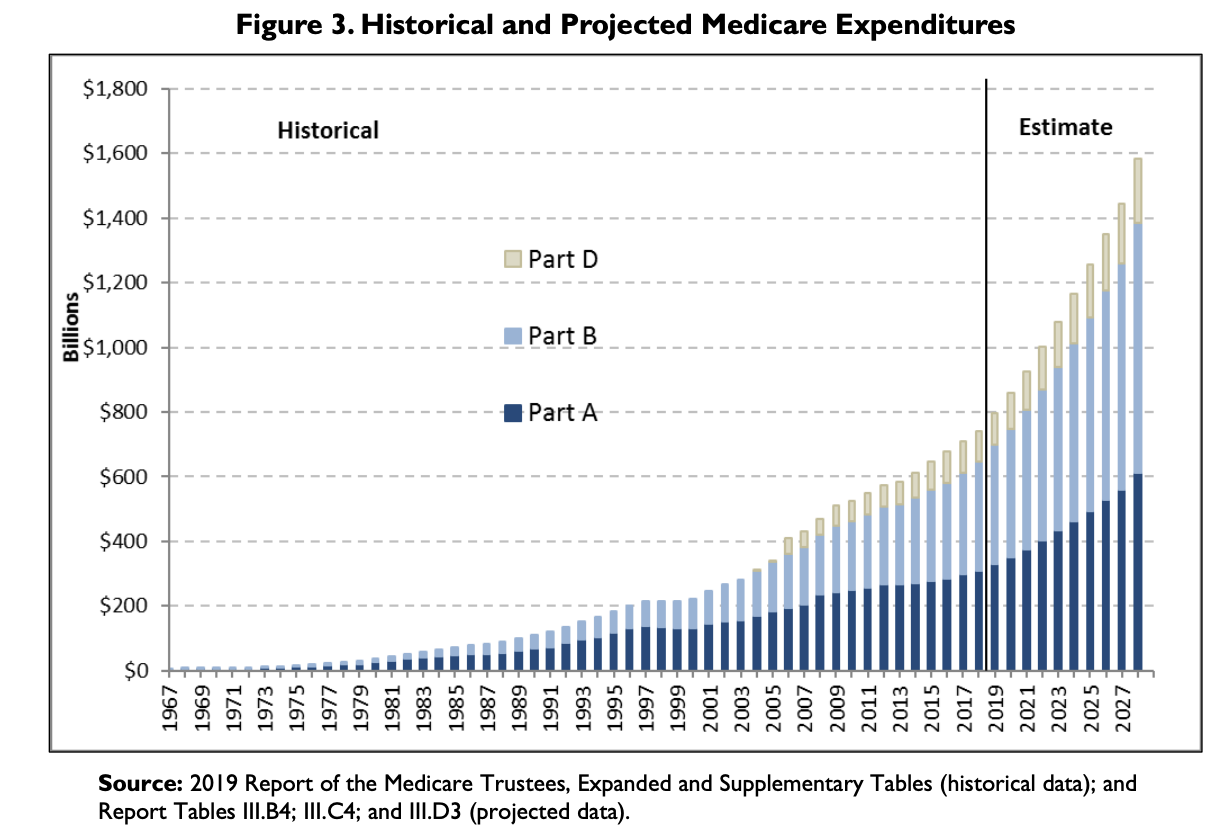 But Medicare is financed by payroll taxes, right?

Only Medicare Part A – which “covers inpatient hospital services, skilled nursing care, hospice care, and some home health services” – is financed by a dedicated payroll tax of 2.9% (split between the employer and employee) that goes into the Hospital Insurance Trust Fund.

That trust fund is projected to go insolvent by 2026, at which point it will only be able to pay out 89% of benefits that year, declining to 78% of benefits by 2042 – potentially causing services to be “rapidly curtailed.”

The rest of Medicare is financed by a combination of patient premiums and general revenues (i.e. money from the federal government that is not dedicated to Medicare, like income or corporate taxes and debt). Currently, about 15% of our income and corporate taxes are directed towards Medicare. That is expected to jump by 50 percent to 22% by 2030 – further squeezing the resources available for other spending like research, education, infrastructure, and defense, and further adding to our already massive $23 trillion national debt.

Speaking of which, over the next 30 years, the Manhattan Institute’s Brian Riedl estimates that there is a $44.2 trillion cash deficit in the Medicare program. Add on the interest costs of that new debt and you hit a whopping $72 trillion in debt from the Medicare program alone. This $72 trillion shortfall in Medicare accounts for an astounding 89% of the projected deficits over the next 30 years. In other words, if not for Medicare, our nation’s fiscal trajectory would be in relatively good shape. 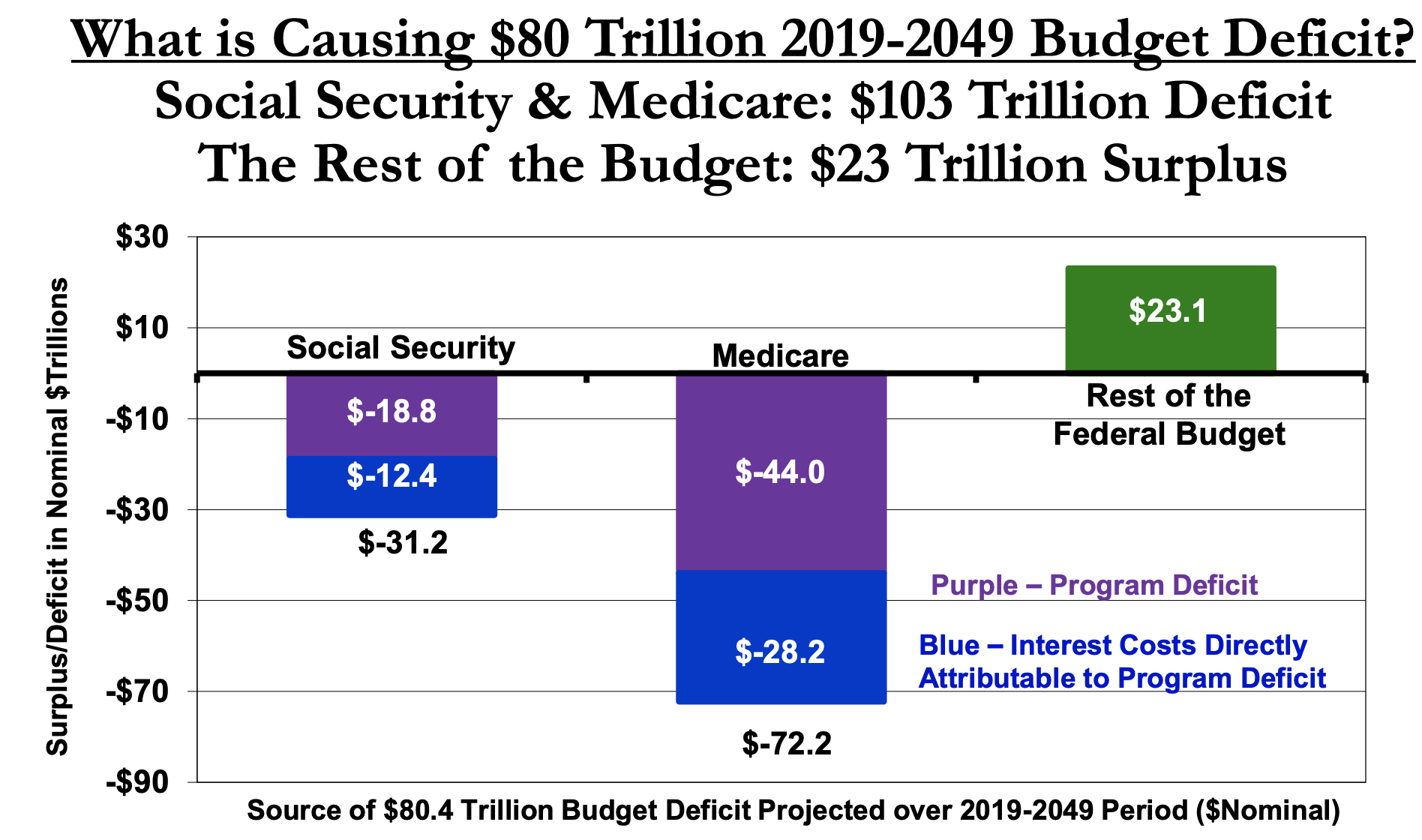 A typical retiring senior couple can expect to receive $3 in benefits for every $1 dollar they paid into the system in payroll taxes. Far from being a paid-for entitlement, Medicare for Now is a massive weight on younger generations that are on the hook for financing the underfunded health care costs of the largest retiree generation in American history.

We’ve known about the stresses that the Baby Boomer retirement wave will put on our federal budget for a long time. But the calls from the commentariat on how to sustain the programs we already have have been largely absent.

Kudos to Senator Warren for releasing a pay-for-plan for her Medicare for All proposal.

Congress, President Trump, or anyone wishing to fill these positions: it’s time to pay-for Medicare for Now.

Our future depends on a fix. 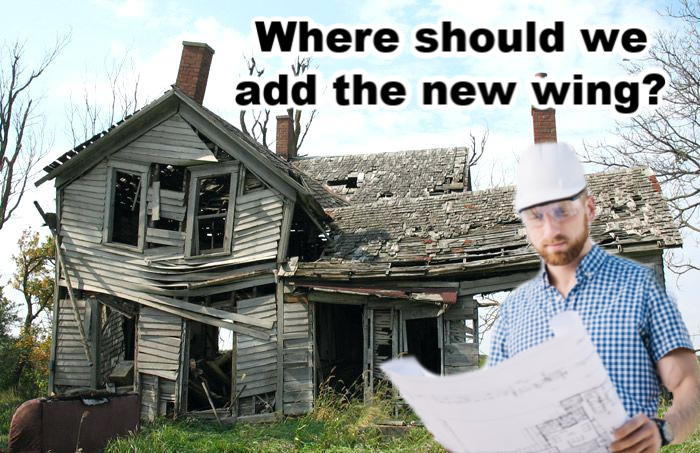 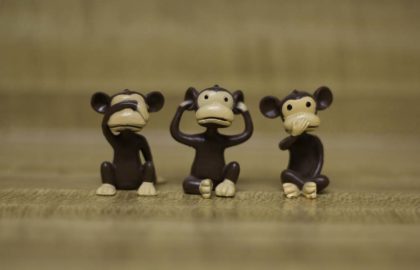