Last week, I wrote about how Sen. Elizabeth Warren’s (D-MA) presidential campaign has served as a contributor to the culture of “us versus them” demagoguery clouding our current political debates. Sen. Warren has been most dedicated to constructing this narrative around the issue of economic mobility in the United States, arguing that she is taking on a “rigged system that props up the rich and powerful and kicks dirt on everyone else.” To this end, she has shown more of a desire to insult wealthy Americans than actually address problems of inequality she professes to be motivated by.

While Sen. Warren has made punishment of the upper class a cornerstone of her campaign, a Senate colleague of hers has some different ideas that treat the economic mobility issue with the seriousness it deserves. Most important of all, those ideas offer proponents of free enterprise a guiding light for how to navigate the rhetoric of class antagonism currently marring the debate.

Sen. Marco Rubio (R-FL) has attracted a great deal of attention following a speech at the Catholic University of America. In this speech, Sen. Rubio addressed themes similar to those of Sen. Warren, but unlike his Democratic colleague, Sen. Rubio did not resort to the same class antagonism. Instead, he focused on matters that should concern all policymakers hoping to address the sense of economic unfairness felt by 63 percent of U.S. adults according to a 2018 Pew Research Center survey.

“We have been left,” Sen. Rubio said, “with an economy and a society no one is happy with. […] Free enterprise made America the most prosperous nation in human history. But that prosperity wasn’t just about businesses making a profit; it was also about the creation and availability of dignified work.”

Herein lies where Sen. Rubio makes much-needed headway on the issue — that is, by focusing on the dignity of work and recognizing the moral dimensions of the free enterprise system.

Herein lies where Sen. Rubio makes much-needed headway on the issue — that is, by focusing on the dignity of work and recognizing the moral dimensions of the free enterprise system.

This mode of approaching the economic mobility issue has not been without its critics. National Review correspondent Kevin D. Williamson took issue with the stakeholder-focused view of free enterprise put forth by Sen. Rubio, arguing his view of free enterprise was indistinguishable from that of Sen. Warren and that both senators “would have the government become the party that curtails Americans’ liberty and takes control of their property for its own ends.”

To my reading, the thrust of Sen. Rubio’s argument was defined as an alternative to the dogmatic pro-free enterprise vs. anti-free enterprise political platforms of our time even in spite of disagreements over some of the senator’s policy proposals.

Indeed, Sen. Rubio defends what he terms “common-good capitalism” as a rejection of “the false choice our politics has offered us for almost three decades.” He instead implores fellow defenders of free enterprise to make arguments for a framework “wherein workers fulfill their obligation to work and enjoy the resultant benefits, and businesses enjoy their right to make a profit and reinvest enough to create high-productivity jobs.” It is a much more nuanced and — importantly in a time where Sen. Warren’s brand of free enterprise skepticism is ascendant — persuasive way of making the argument.

Economist Michael Strain agrees. Writing in Bloomberg, Strain praises Sen. Rubio’s contention that the “GOP has focused too much on the heroic entrepreneur and too little on the quiet dignity of working-class and middle-class workers.” Strain concedes that Sen. Rubio “leans too heavily into today’s populist frustration, arguing in his speech (and elsewhere) for policies to promote specific industries,” but he offers a host of policies that operate from the same base of a less market fundamentalist defense of free enterprise.

He suggests lawmakers can “break down barriers in the labor market, help ex-offenders get jobs by regulating how employers ask job-seekers about criminal records, back an agenda to increase the skills of workers so that they can command higher wages in competitive markets, and expand federal earnings subsidies to low-income households.”

These are proposals that serve to place the dignity of all people front-and-center and diagnose real reforms our government can enact without resorting to the confiscatory, heavy-handed policies favored by Sen. Warren and other skeptics of free enterprise. By bringing all members of society along and showing them how the benefits of free enterprise can work for them, it will go a long way to restoring faith in free enterprise that speaks to every listener’s socioeconomic status.

As in my piece last week, I turn to American Enterprise Institute resident scholar Yuval Levin for why finding a free enterprise-friendly response to barriers to economic mobility is so necessary. “There is more to political life than economics,” Levin compellingly summarizes, “[b]ut prosperity matters, and mobility is the right way to think about what prosperity means. Americans have often understood our national government in particular to be rightly devoted to that cause.”

On that score, Sen. Rubio’s theory of common-good capitalism should be one where proponents of free enterprise take note.

The wholesale rejection of real issues brought up by free enterprise skeptics like Elizabeth Warren is a rhetorical trap those hoping to defend free enterprise should be wary of falling into. Sen. Rubio is spot-on in his diagnosis of the current sentiment of our political parties being simply pro-business on one side and simply anti-business on the other. To do so will require creative ways of thinking about how lawmakers can go about breaking this paradigm and convincing Americans from every walk of life that the free enterprise system is their best way to secure future prosperity. 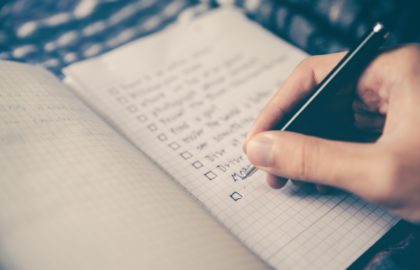 Creating a Certainty Plan for Your Business During COVID-19 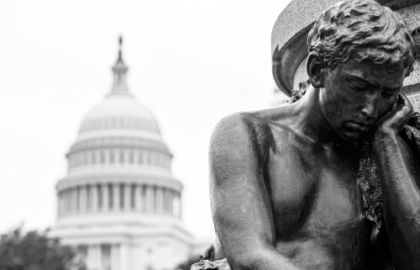