The Trump Administration recently announced a historic shift toward greater transparency and openness in our healthcare system. On November 15, the administration released a final rule requiring hospitals to post prices online in a consumer-friendly format and also proposed a rule requiring insurance companies to provide cost estimates to enrollees in advance of care.

The argument for greater price transparency in health care is simple and powerful: Americans expect price transparency in every other part of the economy. Why should health care be any different? No one who shops online would tolerate discovering the price after their product arrives. Nor do we expect to learn the price of a plane ticket after we land. As President Trump said, “We believe the American people have a right to know the price of services before they go to visit the doctor.”

Price transparency is a critical step toward modernizing America’s antiquated and unsustainable healthcare system. Economists on all sides recognize that no one in their right mind would create from scratch the system we have today. The rules governing our health care system, which were written in 1943, are now several generations removed from today’s millennials and younger Americans. Price transparency will force much-needed modernization and innovation. Letting the price genie out of the bottle, so to speak, will be a boon to both tech entrepreneurs and consumers alike.

The administration’s push for price transparency comes at a time when policymakers are offering two distinct visions for the future. On one side, Elizabeth Warren and Bernie Sanders are arguing that more government control is the answer. On the other side, President Trump and others including Pursuit founder and former senator Dr. Tom Coburn are arguing that the problem is not that markets have failed. The problem is they have never been tried. Price transparency is a big step toward letting markets work.

Market forces, once unleashed, are difficult to reverse. While legislative action on transparency would be ideal, future administrations will have a tough time arguing for more secrecy and opacity in our health care system. The fact is when price transparency in health care has been tried it works, which is what we see in every other area of the economy from retail to housing. In health care, cash prices average nearly 40 percent below negotiated rates, according to economist Larry Van Horn. Former Trump White House advisor Brian Blase notes that states like California that used price transparency saw a 17 to 21 percent reduction in prices while transparency created a positive “spillover effect” that helped lower prices more broadly.

But the political and policy impact of transparency may be even greater than its economic effects. Health care price transparency is the rare issue that is both non-controversial and potent. It is a form of constructive disruption that is very dangerous to today’s health care status quo. Sadly, Warren and Sanders, who rail against insurance companies, are missing a chance to work with the administration on an area where they seem to agree, as former Trump White House advisor Katy Talento notes.

Price transparency is gaining momentum. The fact that the lack of price transparency is becoming a popular culture punch line bodes well for reform. Comedian Bill Maher recently mocked the price discrepancies around knee replacements, asking how they can vary from $17,000 to $61,000 in the same city. As Cynthia Fisher, founder of Patient Rights Advocate, writes, “When Donald Trump and Bill Maher are on the same page on a public policy question, hospitals and insurance companies may want to rethink their position.”

The Trump administration’s actions won’t fix our health care system overnight, but they will empower consumers with knowledge and information they have been lacking for decades. Today’s increasingly government-centered system was built and expanded incrementally over time. Little by little, liberty gave way to government. Price transparency can help reverse that trend. The more patients and consumers discover the more information they will demand. Once that process starts it will be impossible to stop. 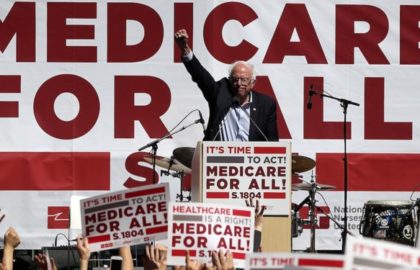 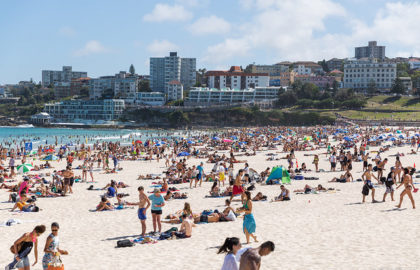