Creativity is an interesting and sometimes extremely abstract concept. It’s a skill that a lot of us don’t think we have or will ever be “good” at. We all know those people who are naturally creative and can create something out of nothing with a snap of their fingers. But often, we completely write off the possibility of us being creative ourselves.

What if I told you that creativity can be learned and that you could develop your mind into that of a creative genius?

I recently had the honor of interviewing Allen Gannett on The Entrepreneur Before 25 Podcast. Allen is a successful serial entrepreneur and the author of the best selling book, The Creative Curve.

During our episode, my eyes were opened to a whole new world and perspective on creativity.

Not only did he exploit a lot of common beliefs around creativity, but Allen also broke down the concept of how to harness your own inner creative genius.

How creative geniuses harness their creativity:

In Allen’s book, he interviews several creative geniuses. The one thing all of these individuals had in common was this: consuming information. It seems counterproductive, right? Creativity is the output of information but we’re supposed to input more information? Yes. Think of it this way- we cannot pour out into the world unless we first fill ourselves up and have something to pour.

We cannot pour out into the world unless we first fill ourselves up and have something to pour.

Since one of the greatest ways to learn is by observing people who have accomplished what we want to do, let’s take a look at how the greats harness their creativity.

Most of us consume a massive amount of information. However, in order for that information to produce creativity, you have to be intentional about the type of content you’re consuming. Creatives consume information in depth, not in width. They focus their energy on going very deep into a specific field of ideas and knowledge. As a result, they have massive understanding in one area and therefore, can become the expert in that field. Once they know that field inside and out, the creative wheels start to turn and develop ideas off of their baseline foundation.

In my interview with Allen, he told a story about a guy who worked in a movie store. During his time there, he watched every single movie in the store. He went deep in consumption within that certain field cultivating himself into a movie expert. Now this guy, Ted Sarandos, is the chief content officer of Netflix. Through his extensive knowledge which then led to a massive amount of creativity, Ted was able to help oversee Netflix from a DVD rental business to the Emmy Award original programming business it is today.

Creatives are intentional about what they consume and direct it towards their field of interest and the area they want to create something out of.

Creatives don’t just sit, listen or read. They practice interactive consuming. They imitate the outlined structure of the creative works they’re consuming. As soon as they get information, they ingest it by immediately by applying it to things in their mind and imagining things to life.

As an example, Allen shared a story about a novelist. When this individual would read other novels, he would map out on a chart the positive and negative emotional variances he saw within the novel’s characters. From his extensive exposure and application, this helped him develop his own creative novel plotline.

How they translate that into creativity:

Once you’ve started consuming the right information in an active way, you’ll find that creative ideas start to develop naturally. Creative ideas tend to come when we least expect them. Most of the time, they come when we’re not trying or doing something brainless like taking a shower or walking. Why is this the case

Allen broke it down to a scientific level:

“We think of creativity as the creation of new ideas. But in reality, it’s the ability to create ideas that are both NOVEL and VALUABLE.”

When Allen stated this, it clicked for me.  We don’t want something to be entirely new right off the bat. Those are the things that we just label “weird” like those indie films at the theater that leave you feeling spooked afterwards. The best ideas and the ones we label most creative are a blend of familiarity and novelty.

The first Star Wars was, “a western in space.” The sushi burrito is “sushi and a burrito.” In these two examples we see two familiar concepts put together which the majority of us would label “creative.” People don’t actually want something that is entirely new. We want things that are just the right level of new.

As you now see, there isn’t a relationship between IQ and creativity. You don’t have to be a book genius to be a creative genius. In fact, everyone has the same creative potential. A lot of people just don’t do anything with it. You can LEARN how to be creative because flashes of genius are nothing more than how our brain processes information. Consuming the right information in the right depth and way will enable your creative wheels to turn faster than ever before. If it worked for these creative geniuses, it can work for you.

The Health Care Scam Against Millennials No One Is Talking About 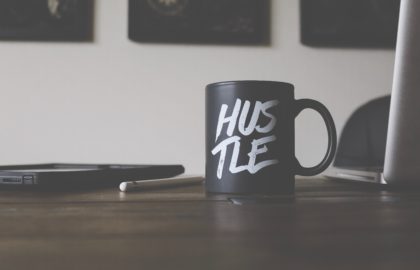 The Super Power Young Entrepreneurs Use To Scale Their Business