Hamilton Shows Us Why America Is Still Great

How does a bastard, orphan, son of a whore and a

Scotsman, dropped in the middle of a forgotten

Spot in the Caribbean by providence, impoverished, in squalor

Grow up to be a hero and a scholar?

These four lines kick off Lin-Manuel Miranda’s critically acclaimed musical Hamilton, which was recently released for streaming on Disney Plus. The show is a tour de force of foot-tapping musical numbers, historical imagery, and a compelling narrative. It characterizes the storied Federalist Treasury Secretary as being driven by an ambition and industriousness which catapults him to the center of America’s Founding. It also encapsulates the idea of eternal optimism regardless of circumstances.

Our nation is facing a global pandemic, renewed racial tensions, an economic recession, and intense political division. This optimistic story of our larger-than-life past told by a cast representative of the diversity and skill of our nation is a light that rises to meet the darkness of the moment.

In a June 2020 Gallup poll, 63 percent of Americans said they were “extremely” or “very” proud to be an American, the lowest ever measured by Gallup. This drop was true across demographic groups.

It may be a startling conclusion to face, but Americans are forgetting what makes our country great. Worse still, many are also beginning to doubt it ever was.

In Hamilton’s “Non-Stop,” Aaron Burr challenges Alexander Hamilton’s faith in the Constitution by blasting it as “full of contradictions.” Hamilton snaps back, “So is independence! We have to start somewhere.”

This musical exchange forms the crux of what we can all learn from Hamilton’s view of America as the greatest triumph for human dignity despite its flaws.

Our history since the Founding is full of contradictions. We have fallen short — and still fall short — of the promises made by our Founding, and the great figures of our history were just as susceptible to these shortcomings.

Fortunately, America’s exceptional place in history is not based upon the morality and actions of past events and figures alone. It comes from the fact that, as Hamilton sings in the penultimate number “The World Was Wide Enough,” America is a “great unfinished symphony.” The ideas of freedom and equality championed by the Founders were universal truths that took all of human history that came before them to become organizing principles for government.

It is on us to continue the show.

Having a national dialogue over which parts of our history we choose to memorialize and which we should learn from is healthy. Unfortunately, this exercise has quickly become a matter of not wanting to “cave” to the demands of the other side.

The polarization of the conversation around our national character has led some on the right to see both the good and bad of our history as equally worth celebrating, while some on the left have taken the just-as-maximalist position of rejecting all of our history as irredeemably flawed. Indeed, radical over-corrections have even made an enemy of Hamilton because it dares to paint American history in an optimistic light.

Neither of these positions helps anything.

Our original sin of slavery and history of racial inequality represent opportunities for us to live out the Declaration of Independence’s promise “that all men are created equal, that they are endowed by their Creator with certain unalienable Rights, that among these are Life, Liberty and the pursuit of Happiness.”

The complicated history of figures like Jefferson who penned those words and Washington who led men both in battle and politics to make them a reality should be acknowledged as a full picture of our legacy without also repudiating it.

Just as our nation began with flawed individuals envisioning a better future, we have the power to act in the same manner toward the injustices of our time. As Calvin Coolidge once said of Alexander Hamilton that “when America ceases to remember his greatness, America will be no longer great.”

Let us take Lin-Manuel Miranda’s Hamilton as a guide through the nation’s current hard times to remember that the precepts of freedom and equality that America was based upon will always make us great. 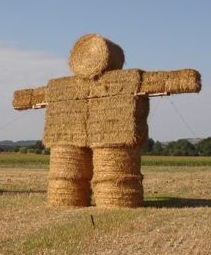