New York Governor Andrew Cuomo recently complained that the Tax Cuts and Jobs Act capped the deduction for state and local taxes (SALT) at $10,000. Cuomo claims to support progressive taxation, and he should theoretically support capping the SALT deduction cap. As the Tax Foundation found, removing the cap would almost exclusively reduce taxes on the top 20 percent of income earners with the largest tax savings going to the top 1 percent.

Another issue Cuomo cares about is housing affordability. There are several proposals floating around, predominantly from prospective Democratic presidential candidates, that offer solutions to rising housing prices. However, if the Democrats want to reduce housing prices, the first thing they can do is expand on the Tax Cuts and Jobs Act (TCJA) and eliminate, rather than just cap, the mortgage interest and SALT deductions.

As Joshua McCabe, professor at Endicott College and Senior Fellow at the Niskanen Center, recently wrote, the deduction for state and local taxes indirectly encourages “NIMBYism,” also known as opposition to the construction of new housing. Preventing the building of new housing, by passing exclusionary zoning regulations, increases the values of existing homes and makes housing less affordable.

The SALT deduction encourages this behavior, because it allows established homeowners to deduct their property taxes. As home values rise, so do property taxes; however, if homeowners can deduct their property taxes, they have a larger incentive to try to raise their own property values by supporting exclusionary zoning laws. Capping the SALT deduction at $10,000 helps curb this incentive for this “opportunity hoarding” that predominantly benefits high-income earners. Eliminating the deduction would go even further.

The Tax Cuts and Jobs Act also further capped the mortgage interest deduction (MID) from $1 million to $750,000 of principal value. The MID is widely understood as a subsidy for homeownership, although it was originally not intended to increase homeownership rates. In fact, there’s a large economic consensus that the mortgage interest deduction helps raise housing prices. A recent paper in the American Economic Review found that the MID not only raises prices, but also reduces homeownership. The paper found that repealing the MID would raise homeownership rates from 65 to 70 percent, as well as reducing housing prices by 4.2 percent.

Before the TCJA passed, real estate industry groups claimed that these new deduction caps would throw the housing market into chaos, reducing housing prices by over ten percent. However, so far, the impact on housing prices has been small. In 2018, housing prices grew by 4.7 percent, the slowest rate in four years and much slower than the over-6 percent growth in 2017. That said, 4.7 percent is faster than the nominal wage growth, and it’s worth noting that changes in tax subsidies are only one of several factors that influence housing markets.

When the Federal Reserve analyzed the impact of the Tax Cuts and Jobs Act on housing prices, they found that those changes reduced housing prices by roughly two percent relative to where those prices would have been otherwise. Further limiting, or even completely eliminating, the SALT and MID deductions would help reduce housing prices more and make housing more affordable.

Young people would especially benefit from lower housing prices. As I noted recently in The American Conservative, millennials prefer to live in cities, but skyrocketing housing prices in major urban areas make that difficult for many. Eliminating these deductions would be a start to reducing those prices and making urban living more affordable.

Furthermore, as the deficit has risen dramatically even amidst an economic expansion, eliminating these deductions would reduce the deficit by raising tax revenue in a way that wouldn’t cause significant economic harm. Despite the disregard policymakers on both sides of the political aisle have had for the deficit recently, deficits do still matter: higher debt levels cause higher interest rates and reduce private investment, and more government spending on interest payments can crowd out spending on public priorities like infrastructure or education.

Removing these tax deductions would not only help reduce housing prices and the cost of living for young and middle-class Americans, it would raise revenue in a progressive manner while not significantly hurting the economy and building a more fiscally sustainable future. 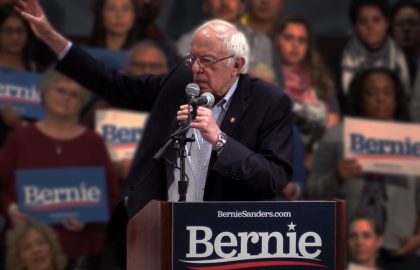