In 2016, the federal government awarded $17 billion to contractors that owed a collective $1.8 billion in taxes.

Since 2008, the Federal Acquisition Regulation (FAR) has required contractors to report delinquent federal taxes of over $3,500 on their bids if the contract value is above $150,000. In 2015, Congress strengthened the requirement by prohibiting federal agencies from awarding contracts to tax delinquents unless they “made a determination [that] such action is not necessary to protect the interests of the government.”

Despite these federal laws, the Government Accountability Office (GAO) recently released a report that found that thousands of tax delinquent contractors are still winning lucrative federal contracts and the systems that federal agencies have in place to prevent that are clearly inadequate.

At the five federal agencies examined, GAO found 1,849 contracts that were awarded to contractors that owed at least $3,500 in unpaid taxes. Yet, there was not a single instance where the contracting officer flagged the issue for the SDO.

Two contractors alone won $510,000 in federal funds despite owing more than $250,000 in taxes and IRS tagging them with a designation indicating a “willful failure to collect, account for, or pay taxes owed.”

Another contractor won $450,000 in federal funds despite owing hundreds of thousands in tax debt.

GAO found that all 24 major federal agencies awarded at least one contract to a tax delinquent – and 1,500 of the tax delinquents won contracts from multiple agencies.

Tax dollars for tax cheats is a truly systemic problem.

Unfortunately, tax law prohibits the IRS from sharing tax delinquency data with other federal agencies to help them avoid awarding contracts to tax cheats. There are certainly a lot more improvements that the agencies can make to avoid paying delinquents. Acknowledging the serious problems with the current system, the agencies evaluated by GAO said that they planned on “issuing new guidance, providing additional training, verifying that contracting officers considered reported tax debts in post-award compliance reviews, and updating pre-award contract-file checklists to ensure compliance with federal laws and regulations”

Taxpayers don’t ask for a lot (okay…maybe some do). But the least we can ask for is that federal agencies comply with a law that keeps our tax dollars out of the pocketbooks of contractors that don’t pay taxes at all. 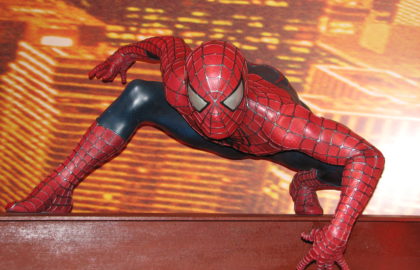 Spidey-Senses, Teleportation, and Other Outlandish Spending at the DoD