EPA Spent $1.2 million on Conference Calls When They Could Have Been Free

Recently, the EPA’s Office of Inspector General (OIG) issued a report on the agency’s audio conference services. The report found that in years 2015 and 2016, the EPA spent over $8 million on “Reservationless Plus,” an audio conferencing service. However, the EPA failed to establish official policies and procedures to mitigate risks associated with using those conferencing services. Leading to millions in wasted taxpayer dollars.

For example, in 2016, the EPA spent about $1.2 million on audio conference calls with six or fewer participants. The Reservationless Plus conference service allows employees to host conference calls for up to 125 participants and is billed by the minute. In contrast, the Headquarters Personal Audio Conference (HPAC) service, which the EPA offers, has the ability to conference up to six participants, and, according to the report, “is available at no cost to the agency.” Since the agency had no official policies or procedures, conference audio users wasted millions of taxpayer dollars by using a service designed to accommodate over 100 people when only a handful of participants were involved.

Further, according to the report, “The EPA is unable to determine whether audio conference service usage totaling over $8.4 million for FYs 2015 and 2016 was a cost-effective use of taxpayer funds, and whether the funds were used for authorized purposes. The EPA is at risk of misusing taxpayer funds for services other than Reservationless Plus, because the agency has no documentation to support the monitoring, costs and usage of the

Finally, the EPA spent over $260,000 on duplicative conferencing services. According to the report, “Services were duplicated because Region 5 identified the service as an area for potential operating cost reduction, and Region 8 was unaware that Reservationless Plus was a mandatory service.”

From the looks of this report, it seems the EPA has no one in charge of conference call management. $8.4 million is no drop in the bucket either. Like many debacles within the federal government, conveniently, there is no one to blame other than poor agency management. We’re calling on the EPA and all federal agencies to hang up the phone and start protecting taxpayer dollars. 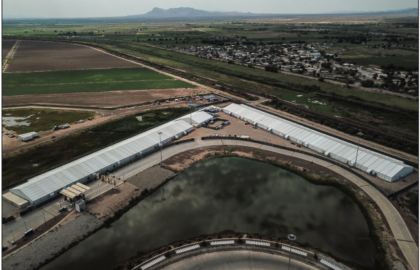