Last July, the Department of Energy Secretary Rick Perry made headlines when he was unknowingly duped into participating in a 30 minute interview with a Russian comedy radio show. But from 2009 to 2013, the agency was duped by a federal employee, who got the department to pick up the $138,000 tab for his law degree that had nothing to do with his job – only to leave the agency immediately after.

This revelation came to light in a recently released inspector general (OIG) report that found the Department of Energy’s Fossil Energy “paid for 29 college courses, totaling approximately $138,000, for a general engineer to obtain a law degree.” The employee then left for the private sector shortly after receiving his law degree.

The OIG found that “a majority of the courses taken by the employee were unrelated to his position at the Department…For example, while working as an engineer for Fossil Energy, the employee completed courses including Pre-Trial Civil Litigation, Evidence, Criminal Law, and Torts.”

The report affirms the Fossil Energy office had a sufficient review process, but “were overridden by senior management officials in the approval chain at the time, including the Chief Operating Officer and Principal Deputy Assistant Secretary.” Fossil Energy employees questioned the applicability of a law degree for a general engineer, but senior management verbally directed their employees to approve it anyway. Unfortunately, the senior management officials who approved the law-degree are no longer with the agency, so they could not be interviewed.

The OIG notes that a Continued Service Agreement (CSA), that would have required the employee to stay, should have been applied to the degree-earning employee, but for reasons unknown, was not. The employee in question’s law classes totaled over 1,000 hours – the department requires a CSA if an employee exceeds the 180 hour training mark.

In summary, the degree was unrelated to the employee’s service and should have never been approved. But also the amount of “training” hours should have triggered a Continued Service Agreement that required the employee to stay. Instead, with the help of senior management, the employee bilked taxpayers for a law degree and got nothing in return.

This is a prime example of what happens when you spend money that is not yours and why Inspectors General and other oversight entities are so critical in holding our government accountable. It is also an example of why transparency throughout the government is important to catch these types of situations as they happen, rather than when it is too late to hold anyone accountable. That is why transparency is the driving motivation for Restore Accountability. 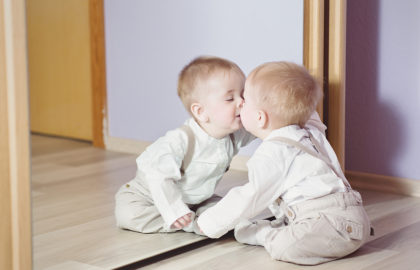