On the topic of earmarks (which are currently banned), Paul Ryan’s official website declares that

Under the watch of both political parties, Congress grew addicted to the practice of pork-barrel spending. Taxpayers were rightfully angered to learn of their hard-earned tax dollars squandered on the infamous Bridge to Nowhere in Alaska and the Rain Forest Museum in Iowa. More troubling than these egregious examples of waste is the corruptibility of the process. Earmarks aren’t inherently problematic, but when former members of Congress are in jail for selling earmarks, there’s something seriously wrong with the process (emphasis added).

The Speaker is more right than he might suspect. Earmark addiction is a real affliction, akin in many respects to other types of addiction.

Earmarking often starts out as a ‘harmless’ side activity. A congressperson takes care of one constituent here, a couple of roads there, and before they know it earmarking is taking up all their time. Senator Jeff Flake, who as a House member helped led the crusade against earmarking, observed this insidious effect of earmarks first-hand.  “[Member of Congress] gave up oversight of just about everything just to focus on feathering our own nest. It’s not worth it, it really isn’t.” Earmarking is not the duty of congress, but before earmarks were banned it was a priority.

Earmarks can feel good, and seem both beneficial and harmless at first. A member requests an earmark to lay down some roads in his district, and coincidentally happens to own several properties whose value skyrockets due to the construction of said road. Another member puts in several earmarks to increase funding for a state environmental agency by millions, and his son—who just happens to be interviewing to be the agency’s director—gets a the job and a six figure salary. Personal benefits—just a side-effect of serving the public good!

Earmarking addiction, however, can easily spiral out of control. Take former Congresswoman Corrine Brown as an example. Long known as a prolific earmarker willing to send the pork to both parties in her district, Brown lived on the edge of just how much earmarking was acceptable. Between 2005 and 2010 she sent $21.9 million to just six clients of the lobbying firm which employed her daughter. For Brown though, earmarking was just a beginning; last year she was convicted of an array of corruption charges.

Of the seventy-five members of congress who have been convicted of criminal activity over the years, the vast majority have been for financially related scandals (49 of 75 by my count), most of which are tied to kickbacks or the covering up of kickbacks related to federal finances (words like ‘bribery,’ ‘racketeering,’ and ‘fraud’ are frequent flyers on congressional rap sheets).

Ultimately, this is the problem with bringing earmarks back: as Ryan’s website explicitly states, the practice is addictive at its best and criminal at its worst. Corruptibility is not a side effect of the earmarking process; corruptibility is the essence of the process. Perhaps additional oversight is needed over executive branch spending, but the answer is not a return to the addictive process that led to many criminal convictions. 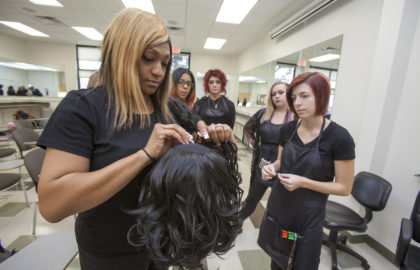