Last week, the Washington Metropolitan Area Transit Authority (WMATA) opened a “pop-up” shop in Downtown Washington, DC. Known as The M Shop in Metro Center, it is complete with metro car-themed stress balls, lamps, lip balm, leggings, costumes, and leggings galore. It even has iconic “DC Transit System” cuff links for a whopping $190. Metro General Manager Paul Wiedefeld noted in a press release that the shop could be “another potential source of revenue,” for the transit system. However, customers do not seem so enthused.

In jest, The Washington Post’s “Express” featured an entire column dedicated to ripping the shop. The post was riddled with taunting at the various products. About the DC Metro Map Plate, the article jokes, “The best part of waking up is eating your morning toast wondering what horrors await you on your morning commute into work.” 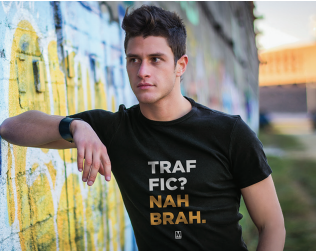 While these silly jabs may seem fun, Metro’s budget crisis is no laughing matter. General Manager Wiedefeld declared in 2017 that Metro’s current business model had become “fiscally unsustainable,” due to stagnant rider numbers. As ridership decreases, expenses continue to rise. A report from the Metropolitan Washington Council of Governments found that Metro faces a $542 million annual budget shortfall just on its current expenses.

To help the agency, Wiedefeld demanded the transit authority be given $15.5 billion over the next 10 years just to stay “safe and reliable.” Though he did not specify the source of the funding.  Currently, the federal government provides $459 million of the $3.2 billion annual metro budget – $150 million in funds from the Passenger Rail Investment and Improvement Act of 2008 (PRIIA) that will expire in 2020 and $305 million in formula transit grants. Virginia Rep. Gerry Connolly leads a coalition of regional House Democrats to continue current federal funding of $150 million beyond 2020 and boosting federal support by an additional r $50 million per year to support Metro operations, plus $2 billion in additional funding over 20 years.

This would strap taxpayers across the U.S. to fund a failing rail system just to serve D.C., Maryland, and Virginia Metro riders. 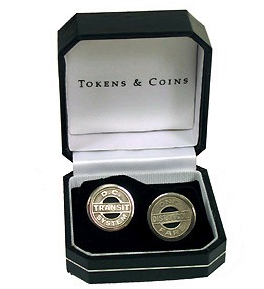 While a pop-up shop may be a fun and creative idea, it quickly loses its luster in light of their ask for a multi-billion taxpayer prop-up.

Instead of forcing federal taxpayers to compensate for Metro’s own inefficiency, the transit authority should consider a fiscal overhaul of its current business model. Its current approach to the problem is not sustainable, and throwing taxpayer dollars from individuals in California, Oklahoma, and Nevada is a tougher sell than $190 “DC Transit System” cuff links.