Yesterday, the Senate passed (89-8) the National Defense Authorization Act (NDAA), which authorizes spending and policies for national security including, the Pentagon’s base budget, nuclear programs, and the Overseas Contingency Operations (OCO) account (war funding). This year’s bill authorizes a massive increase in funding for the Pentagon – from $587 to $700 billion – to address perceived underfunding of the military due to budget limits. Yet, the Department of Defense is the only federal agency that has been unable to comply with a federal law passed over two decades ago that requires each agency to pass an audit. Congress doesn’t know where the money is going exactly, only that we must spend more of it. A lot more.

While lawmakers have said NDAA will make necessary repairs to our military, there has been virtually no discussion about the fiscal effects of sending $700 billion to an entity that does not know how the funds are being used. Spending for defense is funded by the same taxes and adds to the $20 trillion national debt just like any other government program. Sen. Corker (R-TN), who was one of the few Senators that voted against the bill because it spends $83 billion more than the budget caps allow, rightfully said, “…we cannot continue to do things the same way and deepen the fiscal crisis jeopardizing our national security. The inability to get our fiscal house in order is the greatest threat to our country…”

Every dollar should be held accountable for no matter where it goes. From domestic assistance to our military, oversight insures the integrity of our military, and provides taxpayers with the assurance that their money is providing them security, rather than being squandered on unused equipment or lining the pockets of defense contractors. However, as recent reports have exposed, the lack of accountability at the Department of Defense is as rampant as ever.

In June, the Special Inspector General for Afghanistan Reconstruction (SIGAR) reported the Pentagon spent up to $28 million more than needed over the past decade by buying camouflage uniforms that were an inappropriate pattern for the Afghan environment, and incorporated a proprietary pattern owned by a private company.

According to the report, “DOD’s decision to procure ANA [Afghan National Army] uniforms using a proprietary camouflage pattern was not based on an evaluation of its appropriateness for the Afghan environment” and “the procurement costs to the U.S. government were 40–43 percent higher for an ANA uniform using proprietary camouflage.” In addition, not only did DOD fail to procure uniforms using free pattern schemes, they also chose a ‘forest’ pattern that would only be useful in 2.1% of Afghanistan’s total land area.

John Sopko, the Head Inspector for SIGAR, said of DOD’s uniform blunder, “It’s not isolated, it’s a systemic problem,” at a recent House Committee hearing. Mr. Sopko expanded on the accountability issue in Afghanistan saying, “People are not being held accountable for wasting money…I can’t tell you how many contracting officers I’ve heard say: I get rewarded at the end of every year on how much money I put down on contract.”

One House Committee Member at the hearing asked, “Is this the worse you’ve seen it? Have you seen worse examples?” To which Mr. Sopko replied, “Oh, far worse, this is de minimis in comparison.”

Finally, Mr. Sopko said that record keeping also has no accountability in Afghanistan, “If you were working in the private sector you’d go to jail for the kind of records the Department of Defense keeps…You’d be shocked at the quality of records.”

These blunders are just the tip of the iceberg when it comes to waste at the Department of Defense. In fact, the Defense Finance and Accounting Service recently reported the Pentagon cannot provide adequate documentation for $6.5 trillion worth of year-end adjustments.

Since national defense is one of the few constitutional duties the federal government is actually tasked with providing, it should be one of Congress’s top oversight priorities. However, after two decades of letting the pentagon continue to grow without passing an audit, it appears that Members of Congress care more about pats-on-the-back for spending money in the name of defense than ensuring funds go towards our defense. This contributes directly to what Admiral Mullen calledthe “greatest national security threat.” That is, of course, our unsustainable $20 trillion national debt.

Bachelor or Bust? An Alternative Path for Young Americans 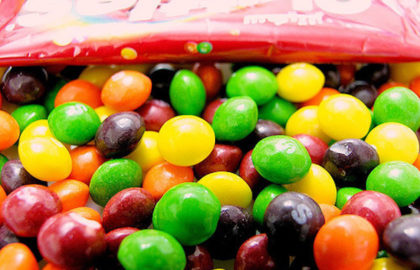 Republicans Throw in the Towel