A lot of discussion has been made over the past few years about Congress, President Trump, and who really has authority over trade policy in America. Article I, Section 8 of the Constitution vested Congress with the power to “lay and collect Taxes, Duties, Imposts and Excises” and “regulate Commerce with foreign Nations,” but the casual observer would be confused by current events in which President Trump unilaterally levied tariffs on Canada, China, Mexico, and South Korea.

To understand this muddled arrangement, we need to take a brief detour into the history of American trade policy.

Once upon a time in 1962, President John F. Kennedy was a free trader. President Kennedy’s reputation as a free trade advocate was so robust that his daughter, Ambassador Caroline Kennedy, even invoked his memory when promoting the now-defunct Trans-Pacific Partnership trade agreement negotiated under President Obama. Congress, hoping to give President Kennedy more leeway on international trade negotiations, gave the president sweeping authority to impose tariffs on imports deemed a threat to national security with the passage of the Trade Expansion Act of 1962.

Because the free trade-friendly President Kennedy and his largely free trade-friendly successors were likely only to ever use the tariff powers granted in the bill in a true national emergency, no one took much alarm at Congress signing away such a broad constitutional power. That is, not until recently. The section of the bill where this power is granted, Section 232, was just what President Trump was looking for when he assumed office promising “a return to balanced trade.”

In the aftermath of recent threats to impose progressively increasing tariffs on Mexican imports earlier this month, President Trump dared to push the power struggle even further. The run of show, as The Bulwark’s Andrew Egger starkly recaps, would have unfolded as follows; President Trump “takes a law intended for narrow use in emergency situations, decides it’s the easiest way to ram through his trade agenda, and dares Congress to rein him in.”

What results is a perfectly legal roadmap for usurping congressional authority that was, in fact, sanctioned by Congress and now requires Congress to wrest back this power before another president has similar inclinations.

Sen. Kamala Harris (D-CA), responding to a question on her view of presidential tariff authority, gave an answer as ambiguous as what constitutes a “threat to national security” in Section 232. “I would consider as president,” Sen. Harris said, “reading a briefing book. I would consider surrounding myself with experts. I would consider listening to the voices of the people who are going to be most at risk.” Missing from this discussion is the role of the chamber she is currently a member of, not to mention her own position on trade — a position she would not have to fully explain to the American people until she starts levying tariffs herself.

Other legislators are beginning to see the writing on the wall. Sen. Chuck Grassley (R-IA) recently stated a resolve to rein in Section 232 authority, declaring “this is not about Trump. It’s about the balancing of power.”

Sen. Mike Lee (R-UT) is another lawmaker who has been steadfast in his opposition to presidential overstepping on trade. I previously praised Sen. Lee’s Global Trade Accountability Act for its requirement that “both chambers of Congress […] pass an expedited joint resolution approving [proposed trade] action before it could go into force,” and his reintroduction of the bill in the current Congress means the issue can be taken up at any time. Regardless of one’s view on trade, the powers of imposing tariffs and codifying trade deals were constitutionally granted to Congress for a reason.

Our political system was designed for power to be dispersed and disconnected from the snap decisions of any single person. Free traders, trade restrictionists, and lawmakers themselves should be clamoring for a return to the days when actions on trade needed broad agreement to be realized.

Members of Congress have a decision to make. Will they take back their authority on trade, or will they continue to let presidents and teams of unnamed bureaucrats unilaterally decide what rules should govern a major component of the American economy? 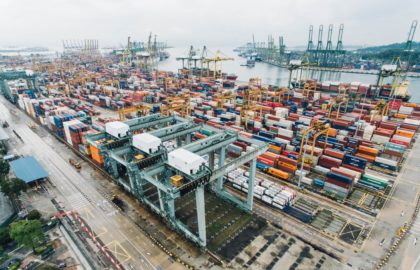 The Case for a League of Free Trading Democracies 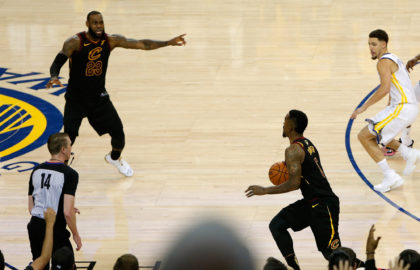 The Administration is Pulling a J.R. Smith on the Economy