Yesterday, the House Armed Services Committee held a hearing on the status of the Pentagon’s financial audit. While taxpayers should be elated that an audit of the Pentagon is finally underway, the bigger revelation to emerge from the hearing is Congress’s inadvertent admission that under its watch over the past two decades, a collective $10 trillion in taxpayer dollars went unaccounted for at the Department of Defense. Predictably, instead of dwelling on Congress’s role enabling this failure, committee members used the hearing to throw softball questions at the DoD’s Chief Financial Officer, David Norquist, while patting themselves on the back and claiming premature victory.

Article 1 Section 9 of the Constitution states that “No Money shall be drawn from the Treasury, but in Consequence of Appropriations made by Law; and a regular Statement and Account of the Receipts and Expenditures of all public Money shall be published from time to time.” Yet, since 1996, the year it was first required by law to undergo a financial audit, the Pentagon has failed to do so. Which raises an important question for Congress, “why do you keep approving increases to the defense budget if you have no idea how or where the money is spent?”

The U.S. Government Accountability Office has produced numerous reports identifying the inefficiencies in the Pentagon’s financial management processes. The findings include the Pentagon’s inability to account for its total assets, which total over $1 trillion and comprise over a third of the federal government’s total assets, and its inability to estimate improper payments because financial reporting is unreliable. According to GAO, these problems “significantly impair efforts to improve the economy, efficiency, and accountability of the department’s operations.” Translation: the Pentagon cannot effectively manage what it cannot account for.

Not only does this continued lack of accountability increase the risk that taxpayer dollars are spent recklessly, it harms our service men and women because every dollar wasted in the Pentagon’s inefficient bureaucracy is a dollar that’s not available to train, equip, or supply the warfighter.

Although the HASC committee members failed to see the irony in their hearing, it seemed the DoD CFO is ready to, if you may, Make Auditing Great Again. Mr. Norquist’s main goal is to “bring business reform to the Department of Defense.” The “largest audit ever taken” is expected to bring what Mr. Norquist calls “tangible results,” and has already done so. For example, his auditors recently found 39 Army blackhawk helicopters that had not been properly recorded in its property system, and 478 buildings and structures at 12 Air Force installations that were not in its real property system.  Which begs the question, if DOD is not accurately accounting for its weapons systems or property, how is it accurately budgeting for the associated repairs or operating costs?

The audit is expected to cost upwards of $367 million, but Norquist ensured Congress that “money [spent] for accountability is money well spent.” While Congress contemplates a $100 billion defense budget increase despite not knowing where the funds are going, we can be optimistic in the fact that we may someday find out. If Congress doesn’t want to wait another 20 years for that day, it should freeze the defense budget until DoD can successfully audit its finances in accordance with the Constitution and federal law. 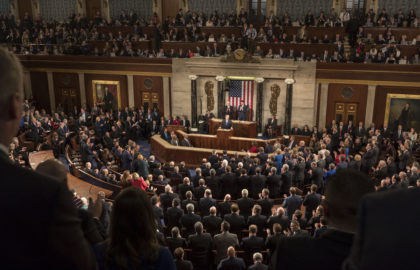 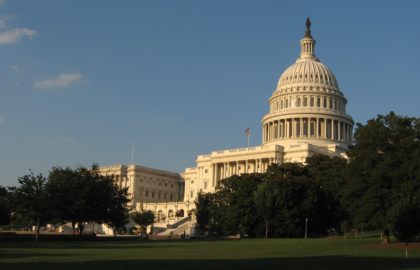