A few weeks ago, we highlighted some of the shady anonymous contracts associated with the often-maligned Consumer Financial Protection Bureau (CFPB) following the purge of its board of advisors. These unknown contracts have totaled tens of millions of dollars to “undisclosed recipients” for a wide variety of services to the agency.

The opaque nature of the CFPB and its lack of accountability to congressional oversight has long come under scrutiny, leading the D.C. Circuit Court of Appeals to declare its structure unconstitutional in the fall of 2016. This is in large part because the agency receives its funding from earnings transfers from the Federal Reserve instead of congressional appropriations. Ironically, the judge who wrote the opinion in this case was none other than recently announced Supreme Court nominee, Brett Kavanaugh.

As reminder, the CFPB was born out of the Dodd-Frank Act following the financial crisis in 2008. This independent agency was supposed to regulate financial institutions such as banks, mortgage lenders, and credit services in order to “promote fairness and transparency” for consumers. Its record has been spotty leading many analysts to conclude that it has done far more harm than good.

It’s no small irony that an organization ostensibly dedicated to providing transparency is one of the least transparent entities ever devised in Washington. Well, now it seems that Congress wants to shed some light on this unaccountable, debt-driving agency.

Next week, the House of Representatives will likely vote on the Financial Services appropriations bill. And according to the committee report, one of the things they’re hoping to accomplish is finally bringing the CFPB on budget.

Ah. Nothing like a little sunshine to both brighten one’s day and restore some much-needed scrutiny of how our government is spending away our future.

While the overall appropriations bill totals $1.3 trillion—nearly $300 billion over the budget caps previously in place—the financial services portion of the bill thankfully doesn’t spend any more money than it did in FY2018. Although it still comes in at an eye-popping $23.4 billion.

Fortunately, there seems to be some intent to finally allow Congress to provide oversight over how this agency spends our money. The House bill puts a hard cap on the agency’s budget of $485 million for FY2019. That’s significantly less than the $646 million in expenses reported for FY2017 by former CFPB director Richard Cordray.

Furthermore, the House bill would require the agency to notify both House and Senate appropriators and authorizers of its budget requests prior to making them—a good first step in putting power back into the hands of the people we elect to provide oversight of our government’s expenses.

Hopefully, this means taking a very close look into how this agency doles out contracts to “undisclosed recipients.”

It’s fair to say that if public dollars are being used to pay individuals or companies for services, the public has a right to know who they are.

Indeed, if we’re ever going to get a handle on our nearly $22 trillion national debt and avoid a future debt crisis in our nation, efforts like this to rein in opaque agencies with opaque spending practices must succeed.

The overall appropriations bill remains an unmitigated disaster. Fortunately, the effort to rein in the CFPB does provide at least a glimmer of sunshine. 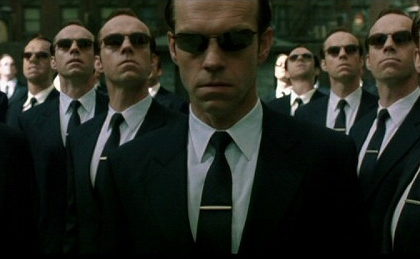