Theoretical physicists and day dreamers alike have long been trying to discover the key to time travel. Little did they know it only takes a dash of creativity, a dollop of conniving cynicism, and a truck load of fiscal irresponsibility to turn theory into reality. Where else can you find this potent combo than in the halls of Congress? Congress – the first-time travelers.

Just like Steve Urkel needed to turn into Stefan to get the girl – Congress is always wanting to spend more money to get the electorate. But those pesky budget rules can be so constricting to this effort. So Congress dreamed up a time machine to gather taxpayer resources 10 years from now to spend today. In more normal parlance – it’s called backloading.

So if one wants to pass a costly policy that will start spending money now but they don’t want to pay for it with spending cuts or revenue increases – what can they do? Hop in the time machine! Congress can just put in a provision to cut spending or raise revenues 10 years from now. It still counts the same on the 10 year budget scorecard and counts as an offset despite the time mismatch.

Let’s see this machine in action.

Notice anything fishy? The bill increases deficits every year until 2028 – when magically there is a $320 million deficit reduction. What happened? Congress added an ancillary provision that has nothing to do with water infrastructure. The provision sells five million barrels of crude oil from the federally-owned Strategic Petroleum Reserve ten years from now. That’s $320 million in new revenues and poof! The bill no longer runs up the deficit.

Take another measure that passed Congress in September – the Miscellaneous Tariffs Act – a bill that would reduce or eliminate tariffs on select imports.

Catching on? This time – the bill loses revenue through reduced tariffs from 2018-2021. How to offset this deficit increase? This time Congress extended Custom User Fees by one year…in 2026! Voila – the bill now “saves” $73 million despite nearly  $1 billion in deficit increases in the next three years.

These are smaller versions of what has been a constant time traveling addiction. Congress also used this maneuver during the major budget deals in 2013, 2015 and 2018. Take a look at the backloading in the Bipartisan Budget Act of 2018: 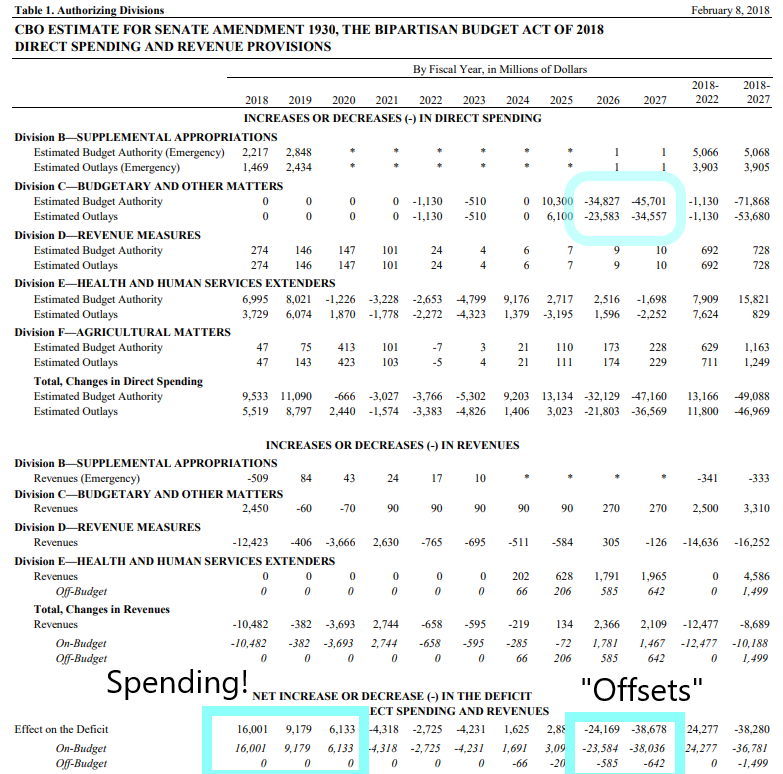 Need to spend $30 billion over the next 3 years? Let’s just extend sequestration 9 and 10 years from now and call it good.

For these big bills, the Committee for a Responsible Federal Budget points out that it’s not just the blatant stealing from future resources that matters – but it also increases interest costs. $100 billion in spending now versus $100 billion in offsets 10 years from now would accrue $28 billion in extra interest payments.

Backloading is a perfect representation of Congressional attitude towards fiscal policy. They want an edifice of fiscal responsibility without having to pay for their spending with offsets now. So they just backload the cuts and let the pay-fors come from future Americans. What they are actually saying is it’s more important for us to spend $10 billion today than it is for you to spend $10 billion 10 years from now. Ten years is five whole election cycles away! 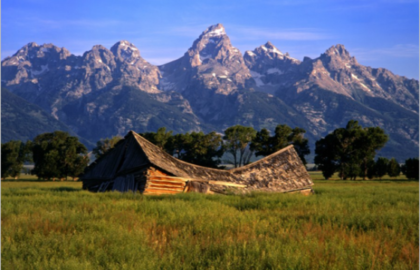 Think DC is the Solution to a Problem? Just Look at How Congress Treats Public Lands 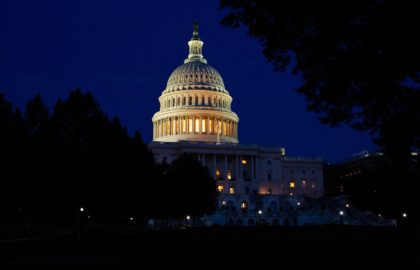