With the holiday season at a close, all eyes are back on Washington with news about the impeachment effort against President Donald Trump, precarious foreign policy with Iran, and the aftermath of another budget-busting race against time to avoid a government shutdown. It is on this last point that Congress regifted young Americans with something they do not need: more budget insanity and government-by-crisis.

The details of the story strain credulity. Once again, congressional leaders barely beat the clock to avoid a government shutdown almost a year to the day after they failed to do so in 2018, initiating what was the longest shutdown in U.S. history. The “must-pass” deal also continued Washington’s penchant for reckless spending as a way to avoid tough decisions over the nation’s balance sheet, adding $1.4 trillion in fresh spending while tacking on an extra $500 billion in tax breaks

The spending deal signed by President Trump just before the holidays — a significant reversal on the president’s previous vow to never sign such a crisis-driven spending deal again — enjoyed the support of members of Congress insisting another budget blowout was the only way to prevent a shutdown. One bold admission came from Rep. Dan Crenshaw (R-TX), who stated “[t]here are problems with the process and top-line spending. But I voted for both bills.” Despite the congressman putting Republican hypocrisy on government spending on full display, the first half of his statement raises an important issue.

The greatest stumbling block Congress faces in its feedback loop of shutdown deadline to shutdown deadline spending sprees is that its members have forgotten how to budget. In fact, most members barely participate in the process, opting instead to wait for leadership to strike a last minute deal they are forced to swallow hole. Yet, the deal “drew bipartisan support after months of gridlock, and gave members of each party something to brag about” per a New York Times report.

In other words, the new budget process now means neither party must provide an argument for its spending priorities or face up to real concerns about the unsustainable trajectory of spending in this patchwork system.

As long as both parties reach a prompt agreement, they get to claim victory for their respective sides. Congress’s constant regifting of shutdown scares is long past tiresome, and young Americans deserve a more forward-looking approach to the federal budget.

Changing this business-as-usual culture around the budget will require a Congress that is more comfortable with budget conflicts than what we currently see in the institution. Yuval Levin, a resident scholar at the American Enterprise Institute, observes that “Congress, like any serious institution, can only function by socializing its members to work together.” Levin points to how individual lawmakers “are left in a kind of anti-social form, each trying to shine” in the diminished budget process they engage in on the cusp of each shutdown deadline.

When the space legislators occupy rewards performance art and messaging over substantive collaboration, it is no wonder slipshod policy is the result. Like Buddy the Elf realizing he is out of place in the North Pole, Congress must take stock of their frequent shutdown panics as a sign they must find a better way.

Unlikely as it may sound, the good news is that major structural reforms are not needed to break the cycle of trillion-dollar crisis-to-crisis governance. R Street Institute Senior Fellow James Wallner argues that “[l]awmakers have all the tools they need to enact responsible fiscal policy,” but it “will require lawmakers to debate fiscal policy and to make hard decisions about tradeoffs in the present.”

By dispensing with the stage management of lawmakers tabling tough discussions about spending in favor popular compromises like tax repeals and domestic spending surges, Wallner asserts that what results “will strengthen American representative democracy and help to reduce legislative dysfunction by merely trying to prevail in policy debates in the House and Senate.”

With yet another yuletide budget blowout behind it, Congress can choose to make 2020 the year it learns from its unfortunate habit of relying on shutdown threats to ram through fiscally deranged spending bills. Doing so is a deliberate choice individual members have the power to make, and those choices will only come under greater scrutiny as the nation’s fiscal future draws closer. Young Americans hoping for an opportunity-rich future deserve lawmakers willing to rise to the task of responsible legislating instead of regifting budget nonsense year after year. 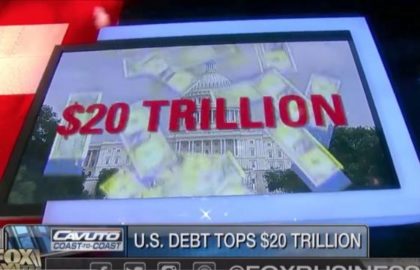 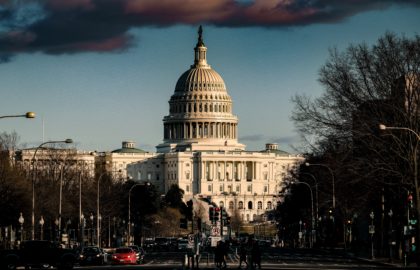