The fate of two sports related provisions in Congress over the last three months tells a stark story of where our leaders’ priorities lie.

In an extremely random and unpopular move, the bipartisan Omnibus bill includes a provision that legally allows MLB to underpay minor leaguers. The bill would exempt Minor League Baseball players from federal labor laws. The league claims that minor leaguers should be classified as seasonal employees or apprentices. According to the Washington Post, clubs would be allowed to pay players “as little as $1,100 a month, well under the pay that would be dictated under federal minimum wage and overtime standards.”

Pat O’Conner, President of Minor League Baseball said, “The litigation underway represents an existential threat to minor league clubs, which could see their business model upended if courts rule that players must be paid according to the federal Fair Labor Standards Act.”

“This is about billionaire owners using their clout to try to pass something that isn’t going through the normal procedures of legislature and that is only going to make thousands of minor leaguers suffer even more,” said Garrett R. Broshuis, a St. Louis lawyer representing a group of players who have alleged violations of federal wage and hour laws.

In contrast to the MLB provision getting slipped into the Omnibus, a provision that would have eliminated tax exemptions for sports stadiums was removed from the Tax Cuts and Jobs Act. The sport stadium subsidies were originally eliminated in the House version of the new tax plan but a Republican Senator from Nevada, who’s state recently received a new NFL franchise, stopped the measure from being included.

Professional sports teams use municipal bonds to finance new stadiums that are exempt from federal taxes. These bonds were primarily meant to finance projects that had clear benefits for local taxpayers, such as hospitals, roads, and schools. But during the last few decades, teams have taken advantage of cities, demanding they issue these tax-free bonds in order to build or renovate their stadiums.

Sports owners claim that the benefits a stadium provides to a community outweighs its costs, but many experts have questioned those supposed benefits. Despite the cost and lack of benefit to communities, Congress sided with billion dollar sports franchises. Since 2000, “$3.2 billion in federal taxpayer money, through municipal bonds, has been used to fund 36 newly built or renovated sports stadiums, and since 1986, $17 billion worth of debt to build sports stadiums has gone tax exempt. According to the Department of Treasury, taxpayers would have saved $542 million over the next 10 years if the stadium loophole were closed.

The MLB provision was snuck in. The pro-taxpayer provision was stripped out. Make no mistake, these outcomes represent the priorities of our Congressional leaders during backroom dealmaking. It’s no wonder they do not want to have the legislative process be out in the open. Running up the debt, protecting powerful sports owners, and problem solving by spending money we don’t have on programs that address the same problems we haven’t solved for decades. The current path we are on is not sustainable. Young Americans will have to deal with the consequences of poor choices the current generation in Congress is making. Many of us will be riding pine for decades. 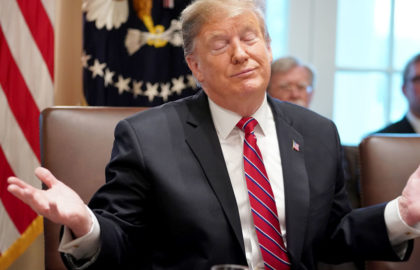