The results of last week’s election—in which Democrats gained control of the House and Republicans expanded their majority in the Senate—are already causing tribal partisans to see what they wish to see.

After all, few things are more potent to the mind than spinning outcomes to fit desired preferences. Last Tuesday was no exception. Democrats are celebrating as if it was a watershed moment for them (it wasn’t) and Republicans have declared that their expanded Senate majority shows continued public support for them (it doesn’t).

The truth is that both parties have bad omens embedded within the results of last week’s election. Democrats have essentially lost rural America, possibly for the rest of our lifetimes. And Republicans are bleeding suburban households (formerly the lynchpin constituency of their party) for the foreseeable future.

But until the new divided government is sworn in, there are some big-spending items that Congress wants to get to before the end of the 115th Congress. These include a $1 trillion food and farm welfare bill conference report as well as an expiring Continuing Resolution that includes funding for the State Department, Homeland Security, and other agencies.

Another one of these items is seemingly Tax Reform 2.0.

This is also known as “the only thing congressional Republicans are seemingly capable of doing.”

Representative Kevin McCarthy, the outgoing Majority Leader, said on Fox News that the Senate ought to consider passing Tax Reform 2.0 as part of its lame duck agenda.This is a curious thing to tout following the loss of the House and the defeat of so many Republicans who essentially were reduced to shouting “Tax Reform!” over and over again in a desperate bid to save their seats.

That’s not because tax cuts are bad. They’re good!  People should keep more of their hard-earned dollars when so much of it is wasted on programs that shouldn’t exist, are unconstitutional, don’t work, or simply enrich one industry over another.

The reason the tax cut argument failed is because the tax cuts were a marginal improvement over existing tax policy for many Americans. It wasn’t some transformational reworking of the tax code. It was essentially just a lowering of existing rates with the individual rates being temporary and the corporate rates being permanent.

And when healthcare costs are devouring household budgets, getting a few hundred dollars back from Uncle Sam doesn’t make up for that premium that’s doubled—or tripled—in the past five years due to Obamacare’s federal mandates.

Indeed, the number one issue for voters last week was healthcare (and the cost of both care and insurance).

Furthermore, when you’re almost $22 trillion in debt and neither party has shown a willingness to cut spending to reduce that unfathomable burden, tax cuts don’t carry the same economic bang that they did fifteen years ago or back during the Reagan era.

Much of the improved economic growth in recent quarters has been due to the regulatory rollback. In contrast to the Obama years, which imposed over $245 billion in regulatory costs on businesses in its first two years, the Trump Administration’s deregulation efforts have saved over $23 billion in costs to employers according to a new report by the Office of Information and Regulatory Affairs and the Office of Management and Budget.

That’s the equivalent to removing a governor off a race car engine. And it’s a welcome change—especially for college graduates entering the workforce for the first time. The unemployment rate is at a 50 year low and there are actual opportunities that weren’t present five or ten years ago.

Yes, the tax cuts certainly helped spur the economy. But not to the extent that desperate House Republicans wanted the public to believe.

So why would Republicans think that going back to taxes would be the right policy move in the current environment? Why not focus on advancing healthcare freedom by getting government—and the cost-driving mandates its inflicted on 330 million Americans—out of the way?

Why not focus on reducing the debt burden during the lame duck? Or giving Congress tools to rein in the Administration’s foolhardy tariff scheme that is hurting growth and driving up the cost of consumer goods?

Because this is all they know.

Just as Democrats only know how to throw more of our money at problems.

And that’s the paradigm that Americans are still living under and are desperate to change. Republicans cut taxes. Democrats spend money. Neither party reduces spending or Washington’s power over our lives.

But it has to change. Someone has to start advancing policies that actually address the underlying problems Americans are facing: the diminished quality and high cost of healthcare, an unsecured border and the societal chaos that that has caused, a shrinking civil society and an expanding government bureaucracy, a perception of decreasing financial security, the safety of our communities from criminals and those afflicted with mental health issues, out-of-control deficits, and a looming debt crisis.

The exact wrong lesson for either party to draw from last week is to keep doubling down on what they’ve been doing for decades.

But it’s all they know. And unless and until a new generation of leaders and engaged citizens actively change the narrative, it’s likely all we can expect.

Pursuit depends on the support of readers like you. Help us continue to hold Washington accountable. Donate now 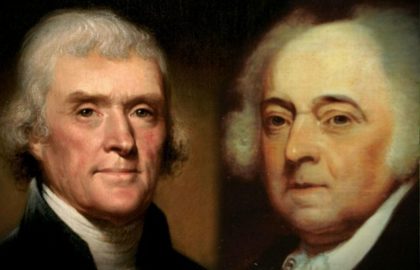 The Virtue of Free Enterprise