During the ninth Democratic presidential debate, moderator Chuck Todd shared that “millennials by a big chunk embrace [Senator Bernie Sanders’ (I-VT)] version of democratic socialism.” Indeed, a 2019 YouGov poll places millennials’ willingness to support a socialist candidate at 70 percent. Todd concluded by asking former South Bend Mayor Pete Buttigieg if he was “out of touch” with his generation for not sharing their zeal at the cause of democratic socialism.

Like Mayor Buttigieg, I do not count myself among the consensus, but I can empathize with those who do. New York Magazine contributor Eric Levitz neatly concludes that a large part of Sen. Sanders’ appeal among my peers has to do with the fact that “Americans under 35 saw capitalism discredit itself in world-historic fashion while their worldviews were still taking shape” during the 2008 financial crisis. In other words, there is a generational apprehension about liberal democratic capitalism’s ability to deliver on its own promise of equal opportunity.

Sen. Sanders’ navigation of these palpable sentiments currently fuels his popularity among many people my age far more than a doctrinaire commitment to the ideals of The Communist Manifesto. But the Vermont senator is waging a misguided war for the causes he pitches to his supporters.

Sen. Sanders frequently opines that “billionaires should not exist” and that his proposed wealth tax would help make this a reality. While this can be interpreted as commentary reminding us of people struggling in America, Sen. Sanders’ statement insinuates something more than that; an at least equal motivation is punishment of individuals the senator defines as immoral simply by nature of their existence.

There are good billionaires and bad billionaires just as there are good people and bad people across any group, and we should of course be outraged if people game the system for their own benefit. However, Sen. Sanders’ class antagonism erases this nuance by design and charges the collective whole equally with intentional exploitation of less wealthy people despite no proof of such a grand conspiracy. Even Sen. Elizabeth Warren (D-MA) — who is pushing her own wealth tax — broke with her colleague, saying if “somebody has a great idea, and they follow it through and they work hard and they build something, good for them.”

Precisely so! It would be just as foolish to make the argument that there is virtue in the mere fact of being a billionaire as it is for Sen. Sanders to argue it is immoral. No one is defined by his or her net worth. Sympathy toward economic anxieties are a righteous concern in a society as prosperous as ours, but Sen. Sanders conflates economics and morality in a way that refuses to value people as more than their economic status.

This view is partially why Sen. Sanders insisted that he doesn’t “believe in charities” and questions the ”fundamental concepts on which charities are based.” He waves away his bloodless dismissal of philanthropy by asserting that government assistance programs are a better way to attend to the slew of causes served by charities.

Conversely, our generation is more likely to give to charitable causes than any other generation. We do so because we believe in our own ability to reform the ills we see in the world. It should be a source of pride among millennials that we endeavor to be our brothers’ and sisters’ keepers. Is Sen. Sanders correct to condemn the idea of charities as unnecessary?

Harvard Kennedy School Professor Arthur Brooks answers this with two considerations: First, if “you love your fellow men and women and you want to try new programs that will pull them up out of poverty […], you’d better find the capital someplace.“ Second, he reminds us that “capitalism — socialism — is a machine. Any ‘-ism’ is a structure that’s not inherently moral or immoral. People are moral. We have hearts, we have brains. Morals have to come before markets.” That, not simple material consumption, is why President Obama once remarked that “the free market is the greatest producer of wealth in history — it has lifted billions of people out of poverty.” And he’s right.

Given the opportunity, Sen. Sanders would also make the United States more closed to the rest of the world. Young Americans are overwhelmingly supportive of free trade and immigration because we recognize the openness and diversity inherent in these issues. Sen. Sanders disagrees with both positions. He has said that “of course” he would use tariffs to limit trade and asserted that “if you open the borders, there’s a lot of poverty in this world, and you’re going to have people from all over the world. […] Can’t do it.”

While the senator touts the Nordic model as his vision of democratic socialism, his opposition to free trade also casts doubt on the claim; the Nordic nations favor free trade. Despite the fact that the Nordic nations have their own forms of inequality, they again rebuke the senator’s worldview by consistently being listed as some of the happiest nations. I am confident that happiness would not be the first thing I or any of my peers would associate with an additional 4 percent tax to finance his Medicare-for-All plan, chipping away at millennials’ average yearly salary of $35,592.

There’s a reason the intellectual and essayist Irving Kristol gave a famous two cheers for capitalism, but they were cheers nevertheless. Kristol explained that “small inequalities in capitalist countries can become the source of intense controversy while relatively larger inequalities in socialist or communist countries are blandly overlooked.” The wealth enabled by free enterprise should encourage us to invest it in a better society for everyone. With no such abundance in other models, the vast scale of poverty turns inequality into a fact of life instead of an object of compassion and action.

It is why Commentary Magazine Associate Editor Noah Rothman points out Sen. Sanders insisted it was “‘immoral’ for the Senate to be composed of so many millionaires” despite being a millionaire himself while “[extolling] the efficiency, aesthetics, and low cost of Soviet public transportation” as that same government described Jewish refuseniks as “parasites.” None of this is meant to diminish the instinct to reform bad policies. On the contrary, it adds perspective on how to best respond.

We should cautiously review how an effective Sanders administration would stack up against the broader ideals the candidate professes. Young Americans are right to seek reforms small and large to meet major issues facing the nation, but throwing out the entire political and economic framework that has made America as free and prosperous as it is today is a short-sighted approach. 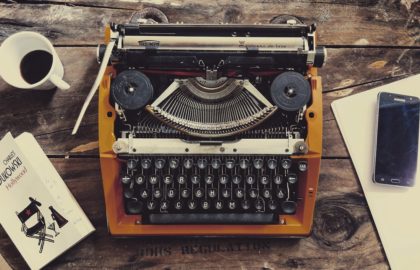