Representative Steve Russell released his fifth installment of  ‘Waste Watch’ on Thursday. The report details over $10 billion in government waste, fraud and abuse.

The 20-page report documents numerous examples of projects that lack oversight including $22 million for the relocation of the Desert Tortoise, and $760,000 for off-roading trails in West Virginia.

“Every victory over waste we make, whether large or small, is worth the fight. The only way we get to trillions is to knock down billions. We got into this mess over the decades, and it may take us decades to get out, but we get nothing if we do nothing,” Rep. Russell noted after releasing the report.

One of the items Russell consistently highlights in his reports is the Federal Government’s fascination with alcohol. The newest report uncovered USDA funded beer festivals in Europe and Japan, as well as a plethora of agencies subsidizing craft beer and moonshine, all the while funding studies on banning malt liquor.

Rep. Russell also highlighted the recent Government Accountability Office (GAO) report citing some of the Federal Government’s IT infrastructure was over 50 years old and costs taxpayers billions to maintain every year. The Congressman sponsored a bill that could potentially save $4 billion annually through more efficient procurement of software, and was signed into law in July. “Federal government IT spending remains an area ripe for billions of dollars of savings and efficiencies, as illustrated by multiple stories featured in Waste Watch.” 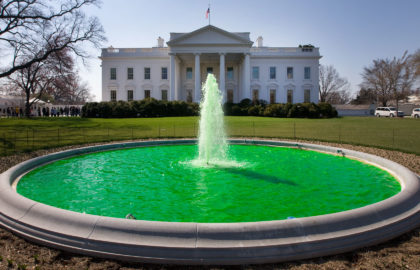