Jon Snow, one of the main characters in the hit HBO series Game of Thrones, can probably relate to the political crisis happening in the United States. “How do I convince people who don’t know me, that an enemy they don’t believe in, is coming to kill them all?” To which an ally replies, “People’s minds aren’t made for problems that large. White walkers, the Night King, Army of the Dead– it’s almost a relief to confront a comfortable, familiar monster like my sister.”

They are speaking of the impending arrival of the show’s ultimate villain, the white walkers (mummy looking ice creatures) versus the plight to take the “iron throne.” However, even when legitimate reports fill the land, most people ignore the warnings, and instead continue to engage in their quest to conquer the seven kingdoms.

Their exchange is awfully relatable to our country’s fiscal situation. Independent agencies routinely release reports affirming our unsustainable fiscal path, yet many Americans, and lawmakers, shrug it off – opting to engage in partisan political squabbles.

Jon Snow and those tasked with warning citizens of an impending crisis have a tough job. Certainly, it would be difficult to try and convince someone that a deadly ice mummy – that only exists in legend – could be the force that destroys a country. Likewise, it is difficult to communicate the dangers that our $20 trillion debt and $100 trillion unfunded liabilities pose to our country – just as it was in the case of mortgage backed securities.

When a government lives beyond its means there are repercussions. Just as the threat of white walkers is the same to the citizens of all the competing factions, these repercussions will not discriminate based on who is winning the current power struggle in Washington. Democrats, Republicans, and Independents will all be equally impacted by a fiscal crisis if Washington does not get our nation’s fiscal act together.

A $20 trillion national debt may be just as difficult to understand as white walkers are to the people in Game of Thrones, but both have been called the greatest security threat in their respective worlds. While there will be no ‘Army of the Dead’ coming for the American people, an ‘Army of Debt’ is. Choosing to ignore the warning signs will not make the threat any less real. 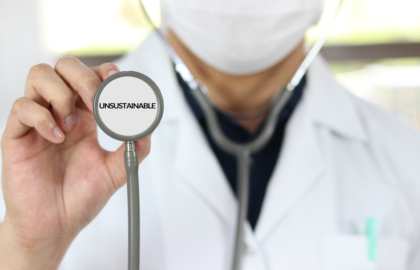