AOC is Right on Amazon

Since first storming onto the political scene last year in her surprise primary defeat of Rep. Joe Crowley (D-NY), Alexandria Ocasio-Cortez, or AOC as she is known on social media, has become one of the most recognized faces and personalities in politics. Suffice to say, she is a divisive figure and deliberately so. As an avowed socialist who has touted various policies that would bankrupt the United States, vastly increase the power of Washington, or seek to radically control every aspect of American’s lives through an impossible reordering of the U.S. economy, there isn’t much that AOC has advocated for that aligns with our mission to reduce debt and increase opportunity for the next generation of Americans.

However, her recent opposition to Amazon’s now scuttled move to New York City is different. AOC was correct to call out the deal as corporate cronyism. The state government had offered Amazon a $3 billion tax break as part of their efforts to lure the company to plant part of its second headquarters in the Bronx.

Such behavior is not reflective of capitalism or the free market. It is government picking winners and losers. And it should be opposed by any and all elected officials, regardless of party or political affiliation, for several reasons.

The first reason is obvious. When the federal government, state governments, or even local governments try to use special breaks within the tax code or the administrative state to reward a specific company, it creates an instant power nexus that is detrimental to the health of the market. When government decides that one particular business or corporation is worth receiving the benefits of favored tax status, it instantly creates a disadvantage for every other business or company attempting to operate in that market.

The net result is that fellow competitors believe that they too are deserving of some sort of preferential treatment in the name of fairness. This is how subsidies come to life. This is actual collusion between big government and big business and it only benefits a select favored few at the expense of the whole.

Following the financial collapse of 2008 and the great recession, such cronyism was a large part of the now defunct Tea Party’s platform and anger. The bailouts that resulted from this power nexus between big government and its preferred businesses helped propel America toward a doubling of the national debt under then-President Obama after it had already doubled under President George W. Bush. The bailouts also served as a foundation for a slew of laws, such as Obamacare and Dodd-Frank, that resulted in the consolidation of big insurance companies and banks to the significant detriment of smaller carriers, community banks, freedom, and consumers.

The second reason that AOC was correct to oppose the Amazon deal is that it corrupts the government involved. As we’ve seen in the past, when government picks winners and losers, it results in an explosion of lobbying that benefits insiders at the expense of everyone else. The collapse of Solyndra, which was the preferred recipient of federal energy subsidies for many years, began the moment politicians decided to reorient millions of taxpayer dollars to that company to benefit their power status on Capitol Hill.

Lobbying is of course perfectly constitutional and an important civic duty. The people need to have the freedom to lobby their elected officials on behalf of their interests. The problem, of course, is that cronyism distorts the interests away from people and toward the preferred entity often at the expense of people.

And the third reason the Amazon deal should’ve been opposed is because it harms taxpayers. While it’s true that the deal would’ve resulted in 25,000 new jobs, the $3 billion tax break it would have been given in exchange would have distorted the taxes every New Yorker gives to their state government in a fundamentally unfair manner. New York’s tax rates are already extraordinarily high. And it’s a big reason many residents and companies have left for greener pastures. But when taxpayers know that politicians collecting their hard-earned money will give a tax break to a multi-billion corporation, it creates an obvious inflection point for anger.

After all, a plumber working hard to provide for his family in Buffalo isn’t going to be a beneficiary of Amazon’s would-be relocation to the Bronx. While the state certainly would have collected billions more in revenue over time that they would inevitably use some of those sums to prop up other favored business interests, the plumber in Buffalo knows that he will never be given such a break.

Cronyism—like socialism—relies on the hard work of the many to reward the favored few. This is not lost on the average worker. It is ironic though, for an avowed socialist like AOC to essentially be taking a position antithetical the behavior of socialist governments.

AOC has been pilloried by many on both the right and left. And she certainly deserves much of the criticism that she’s received on many other issues, especially the absurdly farcical “Green New Deal.” And while she should be corrected on the difference between a tax break and a direct subsidy (no, the $3 billion is not just available to fix the subway), her general argument against Amazon was correct. And it’s an argument that freshman conservative Rep. Chip Roy recently made when Texas and the city of Austin offered special breaks for Apple’s new campus.

That kind of bipartisan opposition to cronyism is encouraging. And it should be an area where both parties work together to oppose—be it in the energy sector, agriculture, transportation, or healthcare. Unfortunately, far too many elected officials benefit from such special deals. And all too often, criticism of cronyism only occurs when the cronyism is benefitting the ideological ends of the other party.

Unless and until that dynamic changes, this kind of obscene behavior will continue to the detriment of everyday Americans and future generations. 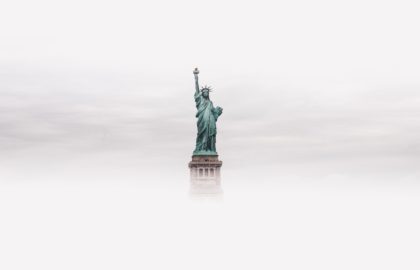 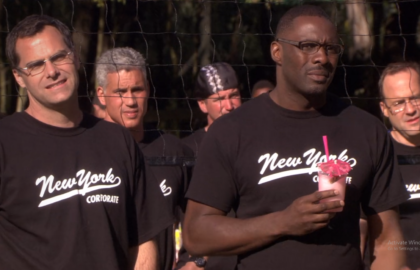 How The Office Helps Us Understand the Case for Free Enterprise