As the partial government “shutdown” moves into its sixth week—with both the President and Speaker needling one other like cast members on an MTV reality show—the American people have obviously begun to weary of the impasse.

But not enough to force either side to move from their entrenched position.

Yes, the White House offered a compromise last weekend, but House and Senate Democrats roundly rejected the proposal. And more than a few conservatives criticized it as the President caving on what many see as his central campaign promise to secure the border and not provide amnesty to those residing in the U.S. illegally.

The reality is that the current partial shutdown only encompasses about a quarter of the federal government and doesn’t impact the military in any meaningful way or inhibit so-called “entitlement” programs like Social Security and Medicare.

Therefore, the impact has largely been relegated to some longer lines at the airport due to unpaid TSA workers refusing to show up for work (thereby giving all of us a glimpse into the seriousness with which some TSA employees view their “security” job to “protect” airline passengers) and possible delays on tax returns from a currently understaffed IRS.

In the absence of broader impacts, the common thread in the media’s shutdown narrative has been focusing on the fact that hundreds of thousands of federal workers are going without a paycheck. This is, of course, horrible for those workers. It’s also temporary, as Congress just passed a bill providing backpay for those workers affected.

But why is the lack of a paycheck the source of pain and not the work itself?

But why is the lack of a paycheck the source of pain and not the work itself?

After all, if the work is truly important then wouldn’t that be the actual harm?

The irony is that the ultimate source of pain is all the funding going to agencies, departments, and programs that we can no longer afford to fund—and that are filled with nonessential personnel.

This doesn’t mean that the people classified as nonessential aren’t capable or important or intelligent. Everyone is important because everyone is a unique individual with unique outlooks and skillsets that employers would value. What it means is that the entity itself is simply not necessary for the functioning of our government.

The individuals who are employed by this entity would largely be successful at other essential agencies or the private sector. And that is precisely the mindset that our elected officials should take.

Embedded in the shutdown drama is an opportunity to finally start getting our spending under control. And importantly, to make headway in rolling back our $22 trillion national debt before it crushes the life out of our economy and the potential for future generations to succeed and prosper.

As both sides continue to trade barbs and the partial shutdown slogs along, leaders in both parties should take the opportunity to at least forge ahead on ways to reduce the federal government’s overall activities so that even fewer people are impacted from congressional arguments over funding priorities.

Ways to mitigate potential harm and to start solving our debt crisis include the following approaches:

By continuing to fund programs we can’t afford with an escalating $22 trillion national debt, we’re exposing all Americans to great potential harm due to the recklessness of politicians in both parties all too willing to spend other people’s money.

Those that will suffer the most are millennials and younger generations whose entire lives remain ahead of them. And whose futures—opportunities at employment, discovery, creativity, and prosperity—hang in the balance from those who use their elected status as a tool for their shallow ideological talking points instead of our national interest. 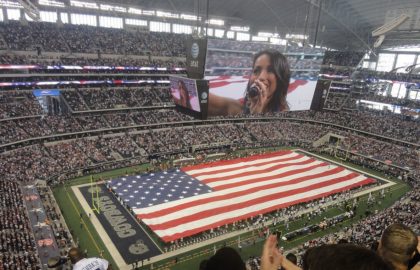