Imagine living in a world where you were responsible for your parent’s debts. Children of deceased parents would be, at no fault of their own, bound to their parents unpaid credit card bills, medical bills, mortgages, and all other debts.

Fortunately, unless certain circumstances occur, we do not live in that world. However, picture a world in which you were responsible. No doubt you would think twice about how you spend your money and what debts you take on to avoid passing debt to your children. After all, as parents, isn’t the goal to give your children the best opportunity to succeed in life? Your debts would bog them down, ruin their careers, and potentially, their lives.

Whatsmore, the cycle would transcend generations. What you saddled onto your children, they would saddle on to theirs, and so on. Every generation after yours would suffer more and more because of the debts you failed to button up before you died.

What a world that would be, but, probably unbeknownst to you, that world does exist, in our nation’s capitol, Washington, D.C.

Congress is tasked with creating a new budget every year, authorizing priorities for the next. However, the one priority that is usually missing from every new budget is the thought of future generations. Congress conducts little or no oversight over the programs it authorizes, has let many failing programs run on autopilot, and has let the federal government run a deficit (spending greater than revenue) 45 out of the last 50 years.

Passing a budget knowing spending will exceed revenues essentially shifts the burden from the current generation to a future generation, also known as generational theft. Every year our budget does not balance our national debt increases, which must eventually be repaid. When Congress makes no attempt to pay for benefits or programs it authorizes, it is essentially stealing prosperity from another generation.

Independent agencies and leaders from both parties in one form or another have produced literature that essentially says, “accumulating debt hinders economic opportunity and growth, and raises the chances of a financial crisis.” Yet, leaders in both parties would rather leave their children and grandchildren with the responsibility of paying for their actions.

Thomas Jefferson, one of our founding fathers and author of the Declaration of Independence, wrote about generational theft often and saw it as a potential pitfall for the generations that came after him: “For if the first [generation] could charge [the second generation] with a debt, then the earth would belong to the dead and not to the living generation.” It was Jefferson’s philosophy that “every generation [is] to pay its own debts as it goes.”

Fortunately for private citizens, debts of our parents are not passed on from generation to generation. But our national debt is. For decades, Congress has failed to heed Jefferson’s advice, running deficits by promising things they had no way to pay for and knowing that these debts will outlast them. So we do live in a world where we pay for another generation’s debts, and by Jefferson’s definition, our country does indeed belong to the dead. 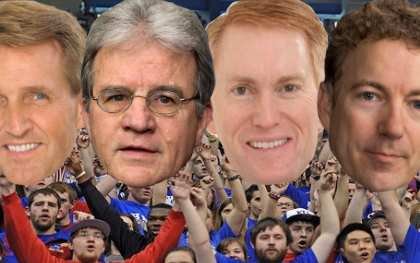 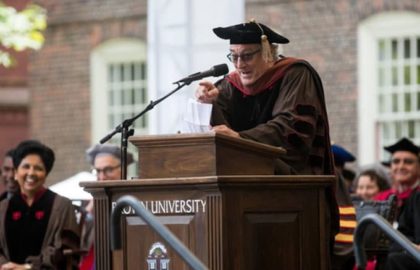