This article was updated from an article that originally appeared on www.without-objection.com following the resignation of then-EPA Administrator Scott Pruitt in August 2018. To read the original article and other related commentary, click here and follow @LightfootClay on Twitter.

Business schools across the country regularly teach emerging leaders how to avoid common management pitfalls, one of which is the sunk cost fallacy. This is a well established pattern of behavior where decision-makers, despite realizing negative outcomes from a given action or investment, continue down the same path and may even double down with additional resources. To the decision-maker, this approach hinges on the faint hope of recouping prior investments but is more palatable than cutting his loss to prevent further pain.

In his 2018 paper published in Psychological Science, Christopher Olivola of Carnegie Melon University built on this theory by suggesting that people are not only likely to throw money after bad projects, they’re also likely to double down on the bad project of others.

The debate over ethanol embodies this pitfall to a dreadful degree as multiple congresses and administrations have expanded federal ethanol investments or surrendered to federal inertia, balking at the chance to change.

Taxpayers are now on the cusp of another federal giveaway as President Trump recently took to Twitter to herald a “giant package” that’s forthcoming for the ethanol industry, falling directly into the snares of the sunk cost fallacy.

The federal government incentivized and has sustained the U.S. ethanol industry since the 1970s in two major ways – (1) subsidizing through the tax code and various federal programs (grants and loan guarantees) and (2) mandating that a certain volume of ethanol be blended into the fuel supply every year.

The federal ethanol mandate was created in 2005 under an honorable yet false premise: that the U.S. was running out of oil and that ethanol – made from American corn – would provide a home grown fuel source to allow the country to avoid a national security threat. Seems reasonable enough, but the world would soon come to realize, as the shale revolution took root, that our nation’s hydrocarbon resources are far larger than once thought. In fact, the onset of unconventional oil and gas development turned America into the world’s largest producer and a major exporter of oil and gas. This development turned the underlying thesis of dwindling energy supplies on its head, yet the mandates and subsidies continue.

Without the original justification, federal ethanol support is just a drag on the economy, lacking a noble purpose.

These are the downsides: (1) Ethanol contains roughly one-third of the energy content as regular grade gasoline, meaning that you have to burn more ethanol to travel the same distance that a smaller volume of gasoline would take you. (2) It artificially promotes the growing of more corn and displaces land from other use, distorting agricultural markets and creating planting decision dependencies on government policy. (3) It’s been reported to actually cause damage in small motors and some boat engines. (4) It’s no better for the environment than gasoline.

Taxpayers have protected ethanol producers for decades. Now the Trump Administration, which has flirted with the industry for months, is poised to expand the federal government’s role in the ethanol industry.

The Art of the Deal

The unique politics of ethanol breaks with traditional party platforms. Republicans from corn-growing states – typically known for supporting market-oriented platforms – instead promote the expansion of federal ethanol policies in order to serve their parochial interests back home. The nature of parochial-driven support lends itself to obstinate viewpoints regardless of facts that may undermine the position. This makes compromise particularly challenging.

Don’t take it from me though. Senator Cornyn (R-TX) was quoted in reference to the federal blending mandate (“renewable fuel standard”), saying,

“[It’s] like trying to come up with peace in the Middle East…It’s not easy. There’s a reason this has been hanging around for a long time.”

The Administration is currently making a political calculation by threading a needle between ethanol’s two camps of supporters and opponents. In politics, trying to appease both sides in an argument can be a worthy, conciliatory endeavor. But sometimes it just amounts to a lack of conviction, foresight, and leadership. The latter is what our current situation has become.

It’s time to re-frame the ethanol debate. The Administration is fundamentally wrong to think in terms of simply expanding or re-balancing mandates, waivers, and subsidies, such that it sufficiently appeases conservatives while managing to avoid offending parochial corn states republicans.

The compromise being discussed now should be how to appropriately phase out federal subsidies and mandates altogether. True visionary leadership would acknowledge ethanol’s shortcomings and set a course that, though radical, puts the country on the best path for the long-term and profoundly re-defines the underlying energy policy. This requires phasing out federal support, such that taxpayers are made whole and farmers are not put out to pasture.

Pure economic theory suggests that ethanol subsidies and mandates should be eliminated immediately. But these policies – like so many others – don’t exist in a vacuum. Rather, they’re embedded in a complex industry rooted in the value chains of both energy and agricultural markets woven together over decades and bound by layers of federal mandates and tax dollars that now represent a $60+ billion industry.

In other words, the government got American workers tangled up in ethanol nearly five decades ago, and now people’s livelihoods are centered on it. Any sudden changes could shatter the economic engine that powers many communities and pull the rug out from numerous honest, hardworking Americans in the industry.

Critically, this does not give the federal government license to prop up the industry indefinitely.

Now is an opportunity for the Administration to lead by compassionately making the case to the American people for a solution that completely phases out federal subsidies and mandates over time while implementing measures that prevent economic pain for people in the industry. We should provide short- and medium-term financial support as well as job training and job placement help. Over time, the deployment of capital for this transition will be cheaper, more efficient, and growth-enabling than simply becoming another victim of the sunk cost fallacy.

If ethanol was truly demanded in the marketplace, the industry could sustain itself without mandates and subsidies, especially now that it has reached a certain level of maturity after nearly 50 years in existence. Rather than doubling down on a bad taxpayer-funded investment, we need strong leadership to acknowledge the shortcomings of our current ethanol policy, eliminate it, and seek to soften the economic fallout from winding down a government-sponsored industry.

Who better to grasp the severity of the sunk cost fallacy than the President himself as a member of the Republican Party and self-proclaimed business man. 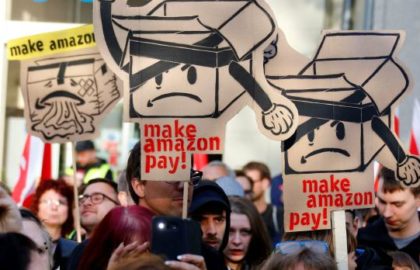 AOC is Right on Amazon 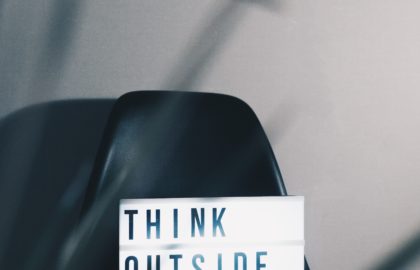 3 Steps to Pivot Your Business During COVID-19