Millennials recently eclipsed the Baby Boomers as the largest generational voting bloc in the United States. And it’s starting to show. Our generation’s representation in the new Congress had a major uptick – increasing seats by more than 400% over last Congress: from 5 to 26 members (16 Democrats and 10 Republicans). Due to retirements and losses, the Boomer generation saw their proportions in Congress decline from 62% to 54% – though they still hold nearly 10 times as many seats as millennials. So despite progress the average age of an already historically old Congress will remain roughly the same at 58.6 years old.

Millennials are making gains but our representational proportions still lag. If the House membership was divided along the same lines as the population eligible to be elected to Congress (anyone 25 years old or older), then millennials would have about 116 seats in the House – almost 5 times what they hold now. A multitude of factors prevent the ages in Congress from being equal to the ages breakdown of the populace, of course, namely experience, incumbency rates, and older voting tendencies. But, it’s great to see an infusion of new faces, new ideas, new attitudes, and new perspectives at our nation’s Capital. It’s about time.

Fortunately, the growing proportion of millennials in Washington is just beginning. Over the next 20 years, it is inevitable that our generation will transition to be the leaders of this country. That’s why it’s important to start thinking about the future now.

At current pace, in 30 years when millennials are the age that Boomers are now and the dominant generation in DC, our budget will be a disaster. Spending on Social Security, Medicare, and interest payments on the debt will be substantially higher so there will not be much left over for anything else (important priorities like research, education, military, and infrastructure). Social Security and Medicare costs are projected to grow by $130 billion annually – the equivalent of creating another Defense Department every five years. Combine that with interest payments and all of our taxes will already have been spoken for by time its our turn to lead.

Without some drastic changes, by 2048 our budget will already be locked in by our predecessors and it will be too late to do anything about it. Forget fights over spending plans or tax cuts – we will be too busy paying off the bills from the past.

Which means we have a limited time to make some big and important changes. The millennial class should be working on a bipartisan basis to stave off this destiny, fixing the things that are broken rather than adding to our already overextended burdens.  So, here’s a suggested to-do list for the youngest members of Congress:

When it’s all said and done, the Boomer’s governing generation will be defined by decades of gross incompetence and selfishness. But we have a shot at a different future. As millennials start to send our first representatives to Congress and assume a larger role in our nation’s leadership, let’s work to make sustainability, accountability and efficiency the hallmarks of our governing generation. The nation is counting on us. 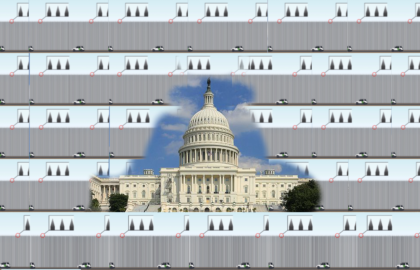