The cancellation, which received praise from Senators in both parties, is welcome news in the current climate of posturing and pageantry that plagues Congress. However, will Leader McConnell’s decision to cancel recess be more about doing what’s best for the country or best for his party?

In spite of such optimistic promises, it is important to keep in mind that canceling one recess does not automatically relieve the issues of partisan gamesmanship and Congressional lethargy that have become the new normal in Washington.

The cancellation of August recess was pursued to allow Senators more time to debate, amend, and ultimately vote on legislation. Sen. Ted Cruz (R-TX) and 15 other Senators originally called upon Sen. McConnell to cancel the recess so they could “begin work on one or several consolidated appropriations bills, so they can be openly debated and amended accordingly,” or put simply, do their jobs as United States Senators.

However, the Senate’s most recent series of conflicts leaves room for skepticism that the extra time in session will equate to success.

The top-down language Leader McConnell used to outline his summer agenda that “some of the bills that [he calls] up are open for amendment and people may, on both sides, may do some of that” is just one indicator that gridlock and internal divisions within the Senate will not go away with the cancellation of recess. Such sentiments are a far cry from the Senate Majority Leader’s 2014 observation that “voting on amendments is good for the Senate, and it’s good for the country” and that each member’s “constituents should have greater voice in the process.”

If the root of the problem is, as Pursuit founder Dr. Tom Coburn reminds, the lack of “long deliberation, public debate, and open amendments on the Senate floor,” then handling the process in a top-down way hinders its performance. Adopting a leadership agenda that makes it harder for the Senate’s diversity of opinions to be acknowledged and adjudicated risks preventing anything truly deliberative or ultimately constructive from taking place, recess or not.

As recent Government Accountability Office and Social Security and Medicare Trustees reports have shown, there are plenty of important issues for Congress to address. Simply being in session is easy. Taking on our long-term debt problems and prolific duplication and inefficiencies would be a true indicator of success. Far greater than raising partisan issues and keeping opponents off the campaign trail to help with November elections.

Recalling the statement by President George Washington that “if men are to be precluded from offering their sentiments on a matter, […] reason is of no use to us,” the unwillingness of leaders in Congress to take up debate on matters of importance and the public’s agitation at such reluctance will not change because of the cancellation of one recess.

Sen. McConnell’s decision to cancel the August recess is a step in the right direction, but more will need to be done both for the time the Senate will be in session this summer to ultimately prove productive and to lay the groundwork for lasting reforms to the institution itself.  Full work weeks and a greater willingness to hold votes and open up debate will make the time Senators are in Washington valuable and fruitful. If the business of the Senate is just going to be more of the same this August, don’t expect much to come of the recess being canceled. 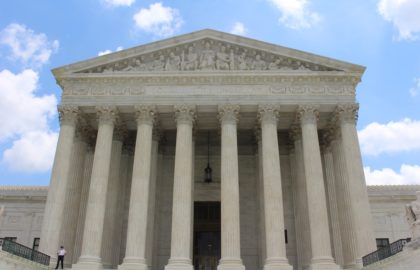 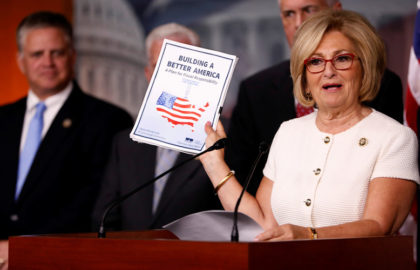