“Free healthcare” is a fallacy.

Last year, $3.5 trillion, or 17.9% of the United States gross domestic product, was spent on healthcare. That equates to about $10,739 per American. Switching to Medicare-For-All is not going to make those costs vanish. It is just going to rearrange how those costs are paid for. Medicare-For-All advocates argue it will be more efficient to cover everyone’s health insurance through taxes rather than premiums.

But there’s an important component to this that often goes overlooked. Those claiming that outlawing privatized insurance will make the cost of healthcare go down neglect to mention that private insurance companies are currently subsidizing the costs of Medicare. So the big switch to Medicare-for-All will either come with a massive deterioration of funding, and therefore quality and access to our health care system, or the price of Medicare-For-All will skyrocket.

Let’s dig in to see why.

Since the users of Medicare are older and an at-risk population, providers face an overwhelming financial loss due to a higher amount of complex, and more expensive (but underpayed) treatments.  Because Medicare is the largest payor in the United States, providers avoid bankruptcy by inflating their billables to private insurance plans to offset their losses from Medicare.

To summarize this problem, John Delaney said in his last appearance at a Democratic debate, “If you go to every hospital in this country and you ask them one question, which is, ‘How would it have been for you last year if every one of your bills were paid at the Medicare rate?’ Every single hospital administrator said they would close. And the Medicare-for-all bill requires payments to stay at current Medicare rates. So to some extent, we’re supporting a bill that will have every hospital closing.”

The Washington Post fact checkers balked at Delaney’s statement that all hospitals would close but confirmed in their fact check the very real concern of healthcare pricing under Medicare. They quoted Craig Garthwaite, a healthcare policy expert in the Kellogg School of Management at Northwestern University. Garthwaite said, “the important point is that while all the hospitals won’t close, all of them would have to change their operations to deal with Medicare reimbursement…So while today Medicare enrollees are quite happy because they go to hospitals where high-quality [service] and amenities are supported by profits on private patients, that won’t be the case going forward.”

There’s the catch. Medicare’s low reimbursement rates are supported by private insurance. And switching to Medicare-for-all at these current rates would involve 40% cuts to hospitals and 30% cuts to physicians just to start.

In a report from the CMS Office of the Actuary, simulations show that the lower Medicare payment rates combined with expansions to Medicare and Medicaid coverage are already causing “a deterioration of facility margins for hospitals, skilled nursing facilities, and home health agencies.”

The report went on to cite a 20 year simulation that said, “by 2040, approximately 40 percent of hospitals, two-thirds of skilled nursing facilities, and 80 percent of home health agencies would have negative total facility margins…Providers could not sustain continuing negative margins and would have to withdraw from serving Medicare beneficiaries or (if total facility margins remained positive) shift substantial portions of Medicare costs to their non-Medicare, non-Medicaid payers.”

The low Medicare reimbursement rates are already putting pressure on our health care industry. Reports show hospitals provided $38.4 billion in uncompensated care in 2017, and reimbursement fell $76.8 billion short of actual cost. One can also look at the federally run Medicaid program to see how lower reimbursement rates can impact access to providers.

If private insurance is outlawed while Medicare reimbursement rates stay the same as Senators Sanders has promised under his Medicare-For-All plan, then the healthcare system would be woefully underfunded, posing a fundamental threat to the quality of care in this country.

On the flip side, if you raise Medicare reimbursement rates in a single payor system to compensate for the loss of private insurance subsidization, you have now doubled or even tripled the cost of Medicare For All that is already expected to cost $32 trillion. Hardly a way to keep the “total cost for families” down, as Sanders and Warren like to say.

You can’t have it both ways. It’s time for Medicare-For-All proponents to be more forthcoming about the realities of Medicare-For-All, even if it means taking their own plans back to the drawing board. 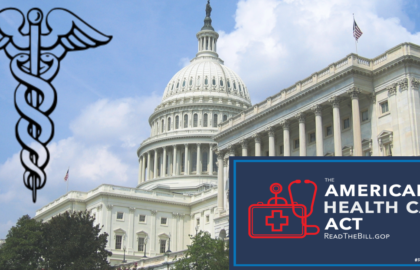