5 Better Ways to Tax the Rich

Senator Elizabeth Warren recently proposed a new corporate tax hike, which would supposedly prevent companies from exploiting tax breaks. Her proposal is deeply flawed: it fails to understand the difference between accounting profits and economic profits, and it would seriously reduce economic growth, reducing wages and after-tax incomes across the board. Almost every Democratic candidate has an idea to tax the rich, from a wealth tax to a financial transactions tax to drastically higher corporate and individual income tax rates, that would significantly reduce economic growth, hurting wages across the board while not raising enough tax revenue to justify those economic harms.

However, not all proposals to tax the rich are created equal. There are some ways to raise taxes on high-income earners that would not have the broad, negative economic consequences of these Democratic primary candidate proposals. Here are five of them:

The easiest way to tax the rich is to make sure they are complying with the current tax code. As a ProPublica investigative report revealed, the IRS has fallen behind on auditing high-income taxpayers. The Congressional Budget Office found in its Options for Reducing the Deficit report that increasing IRS spending by $20 billion over the next decade would raise $55 billion in revenue over the same time period. In a more bold prediction, former Treasury Secretary Larry Summers estimated that spending an additional $40 billion in IRS enforcement on high-income taxpayers would yield roughly $300 billion in new tax revenue over the next decade. Read more on ways to improve tax compliance here.

Before the Tax Cuts and Jobs Act (TCJA), companies could deduct interest payments on debt they’d taken on. This created a bias in favor of financing investment through debt instead of through equity: companies could deduct the full cost of using debt (interest payments), but they could not deduct the cost of using equity (i.e. dividends). The danger of this bias is that it will drive a boom in corporate borrowing that will cause more bankruptcies in the next recession. The TCJA capped the amount of interest companies can deduct, but a more ambitious approach would be eliminating both the taxation and deductibility of interest. This policy would raise a lot of revenue: $724 billion over a decade according to a pre-TCJA model, although a lower corporate tax rate and the new cap mean the change will raise less additional revenue. Swapping the tax treatment of interest would end up raising revenue because a lot of interest income is already in tax-free accounts: furthermore it will predominantly raising taxes on high-income taxpayers, while barely hurting economic growth.

A similar approach would be expanding several changes the TCJA made to itemized deductions. The TCJA limited the mortgage interest deduction (MID) to deducting interest payments on the first $750,000 of principal value, and limited the deduction for state and local taxes (SALT) to $10,000. The SALT and MID distort housing markets by artificially raising housing prices, and eliminating these deductions entirely would eliminate those distortions. Furthermore, eliminating itemized deductions entirely would raise $1.3 trillion dollars over the next decade, according to the Congressional Budget Office. The vast majority of the benefits of itemized deductions go to high-income taxpayers, so eliminating them would mostly raise taxes on the wealthy. That said, eliminating these deductions would have a much smaller impact on economic growth than raising the top marginal income tax rate would.

Unlike the new limits on the SALT and MID deductions, the pass-through deduction is a TCJA change that makes the tax code worse. It allows individuals to deduct twenty percent of non-corporate business income. This approach, intended to cut taxes for small businesses, has numerous problems. It increases complexity, for one, and which types of businesses are and are not eligible for it seems arbitrary: for example, optometrist businesses might qualify for the deduction while dentist practices do not. When Kansas created a pass-through deduction (of 100 percent instead of 20 percent) they saw revenues plummet. Furthermore, the economy didn’t grow; conversely, people used the pass-through deduction to skirt taxes rather than invest more and grow their businesses. Eliminating the pass-through deduction would raise roughly $414 billion over the next decade, predominantly from higher-income taxpayers.

Replace the Payroll Tax with a Value-Added Tax

The payroll tax, the main financing mechanism for Social Security and Medicare, is responsible for roughly 35 percent of the federal government’s revenue, and it disproportionately falls on lower-income people. Because the Social Security payroll tax only applies to income below roughly $130,000, lower-income people end up paying a higher percentage of their income in payroll taxes than higher-income people (that being said, the benefit side of the program is progressive). One way to fix this issue would be to replace the payroll tax with a value-added tax, which is a tax levied on the value added at each stage of the production process. When the Tax Policy Center modeled a revenue-neutral swap of the employer-side payroll tax with a value-added tax, they found that such a change would lower taxes for the bottom 80 percent of taxpayers and raise taxes for the top 20 percent. However, unlike other proposals to tax the rich, this could improve economic efficiency. Economists tend to believe that consumption taxes like a VAT are less economically harmful than income and payroll taxes, and because the value-added tax has a broader base than the payroll tax, it can be levied at a lower tax rate.

There are plenty of smart reforms to the tax code that could make the code more progressive without sacrificing a great deal of economic growth—indeed, some of these changes could even increase economic efficiency. Presidential candidates looking to raise taxes on the wealthy should steer clear of wealth taxes or high corporate and personal income tax rates, and look at some of these proposals instead. 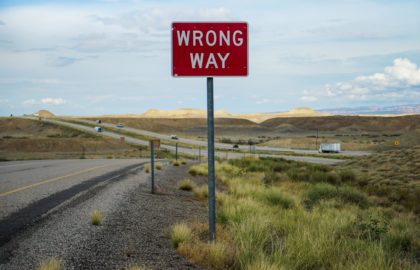