7 Things to Know About the Tax Code on Tax Day

Happy Tax Day everyone! Well, maybe not everyone. Okay, probably nobody. If you were owed a refund hopefully you already filed your taxes earlier this year to receive your money back. And if you owe taxes, you are probably not too happy to be paying them. Regardless of what kind of spirit today finds you in, we’ve compiled a list of fast facts about our taxes.

Our late founder, Senator Tom Coburn, published a report analyzing 165 tax expenditures (provisions of tax law that reduce the tax owed by a tax filer such as credits, deductions, and exemptions)  that cost more than $900 billion annually in lost revenue. Of the 165 tax expenditures that were listed in Tax Decoder, only four were repealed by the 2017 tax reform law and another eight were limited. Leading up to the tax reform bill, every Republican repeated the mantra “lower the rates, broaden the base.” In other words, get rid of the hundreds of expensive tax breaks to offset lower tax rates for everyone. Well, it turns out they only lowered the rates, but pretty much kept every tax expenditures.

Coming in at nearly quarter of a trillion each year, the employer-provided health insurance deduction is the most expensive tax break. The mortgage interest deduction and the charitable deduction are expected to cost over a trillion dollars in lost revenue over the next decade. Lesser known tax breaks for Hollywood, Puerto Rican rum, race horses, and major sports stadiums also stuck around.

According to analysis from the American Action Forum, there are over 1,200 tax forms (up 55 percent from 2015). In total, Americans spent 8 billion hours filling out taxes which comes out to $198 billion in compliance costs.

Many Americans rely on professional tax preparers to file their taxes. In fact, they fill out 60 percent of Americans’ tax forms. But, a recent report found that 30,000 of these preparers self-identified as being noncompliant with their own taxes! More than 10,000 of them did not even bother to file!

Every year, the federal government collects $400 billion less than what is due. That is half the size of the Pentagon’s budget in uncollected taxes! This shortfall is referred to as the tax gap. We’ve written previously on how this gap can be closed to help fight our ballooning deficits. Speaking of which… 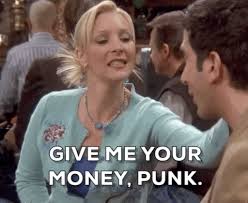 Let’s face it, we have a $25 trillion national debt and over $100 trillion in unfunded liabilities. Our leaders in Washington have shown absolutely zero interest in limiting the growth in spending. So in one form or another, taxes will almost assuredly be going up. Especially for young Americans who have been hammered with a one-two punch of a Great recession and Covid-19 in our young careers.