When I started The Entrepreneur Before 25 Podcast in 2016, my ultimate desire was to connect with young entrepreneurs all around the world who were making their business dreams and goals happen. I wanted to know motivated, young individuals who continually called themselves to a higher standard and practiced that higher standard in one of the most revealing and difficult ways- through owning a business.

My mission with Entrepreneur Before 25 is to inspire and empower the younger generation to live in extreme freedom and complete life balance and harmony through the platform of being a young entrepreneur.

Before I started the podcast, I didn’t even feel like other young entrepreneurs existed. Or if they did, they were more rare than not.

I was wrong on one of those stances. Through the year and a half of hosting Entrepreneur Before 25, I’ve realized that young entrepreneurs do in fact exist. Although far and few between like I imagined, they are out there. And if you have the honor of knowing one, I’m sure you’ve been taken aback and inspired.

“But, in fact, discipline is the pathway to freedom.” ― Jocko Willink, Extreme Ownership: How U.S. Navy SEALs Lead and Win

Every young entrepreneur that I’ve had on EB25 is in some way shape or form committed to discipline. Discipline is perhaps the component that separates the wannabe entrepreneurs from the actual entrepreneurs.

Young entrepreneurs understand that the most important commodity in life is time. Therefore, being 100% intentional with every second we are given on this earth is a task that we should not take lightly.

Young entrepreneurs understand that the most important commodity in life is time. Therefore, being 100% intentional with every second we are given on this earth is a task that we should not take lightly.

A disciplined entrepreneur can take many different shapes or forms. But, 9/10 times they have a solid morning routine that consists of meditation, journaling, affirmations, manifesting their vision and preparing for their day. Most all of them keep a very detailed planner, calendar or some form of time-blocking to ensure that they are using every minute to its fullest. They intentionally keep themselves well versed in their goals and ultimate vision so that every moment of the day is geared towards furthering and working that into reality.

Jasmine Star is arguably one of the most disciplined entrepreneurs that I’ve had on the show. Before Jasmine turned into a marketing and branding expert, she was named one of the top photographers in the world. She starts her day at 4:45am or earlier and commences through her morning routine which is very calculated and intentional.  Throughout the rest of her day she has a time allotted to every single task that aligns with her ultimate objectives and goals. Her time blocks include everything from a photoshoot to walking her dog and making her smoothie. It’s because of her discipline and commitment to being intentional with every moment that I think she’s one of the most efficient and fastest growing entrepreneurs in the social media marketing industry today.

If you are reading this and starting to feel like such a timeline would be restricting, you could be right. It’s not for everyone. However, I would challenge you to try it for a few days. Discipline can take many different forms, but some form of time-management is always a part of it. Remember, discipline is the pathway to freedom and success.

2. They Surround Themselves with Inspiration

Successful young entrepreneurs understand the importance of surrounding yourself with people and things that are where you want to be. This could be as simple as reading books or biographies of successful people or as challenging as building authentic relationships with people who live the life you want to live in the near future.

We are who and what we surround ourselves with. A lot of people laugh at this concept. But look where the people who are laughing are at in life and that will prove the point right then and there. Most of the time the people laughing at that concept aren’t “successful” even in their own definition of the word.

I have interviewed several guests on the show that claim that one solid relationship with someone who inspires them was one of the key factors that got them from where they were to where they are today. 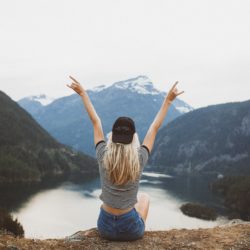 For example, Nicholas Bayerle tells a story in his episode of a surf trip with a key influencer. The influencer invited a whole group of people short notice, but Nicholas was the only one who showed up. In the end, this relationship transformed his life. Nicholas’s commitment to surrounding himself with people who inspire him opened the door to many opportunities that ultimately placed him where he is today, being the Founder and CEO of The Billion Dollar Body.

Dylan Gambardella and Justin Lafazan understood the importance of high level and inspiring relationships to such an extent that they created The Next Gen Summit– the most effective and inspiring group of young entrepreneurs online that I’ve ever seen or been apart of.

It’s not that rich or successful people are any better than you, it’s that they have seen and experienced what it takes to get from where you are to where they are. Because they’ve been walked that journey, they know and believe that it’s possible. And surrounding yourself with people who BELIEVE in you will help you believe in yourself.

Invest in relationships, and you will transform your life. While you’re building these relationships, listen to podcast interviews from them, read books they wrote and get inside their thought process to get an idea of how successful people think.

Invest in relationships, and you will transform your life. While you’re building these relationships, listen to podcast interviews from them, read books they wrote and get inside their thought process to get an idea of how successful people think.

If you would like to grasp this concept on a much deeper level, I recommend reading the book The Magic of Thinking Big.

We can have anything, we just can’t have everything. Therefore, anything is possible to create. Young entrepreneurs search for a need within their passion, and they figure out how to solve that need better than anyone else. They challenge themselves to think outside of the box and to let the creative genius of innovation run free. They use their lack of life experience as an advantage, not a disadvantage. Their naivety allows them to win because they don’t have a standard for what is right or wrong. Instead, they create the standard. They don’t think in terms of “no” but in terms of “how.” 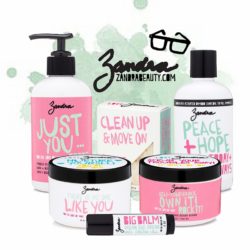 At the age of 9, Zandra Cunningham wanted her own lip balm. But instead of her dad letting her buy it, he helped her make it. Years later at the age of 17, Zandra is taking the beauty industry by storm with her line of bath and body products called Zandra Beauty sold online and in shops nationwide.

Young entrepreneurs are so committed to growth that they will change whatever needs to be changed for their business to always be moving forward. Tance Hughes’ business, Southern Designs, was going amazing. But five years into the journey, Tance saw an opportunity on how it could be made even better. So he bit the bullet and made massive changes to his business, almost creating an entire new one as a result. After this pivot, they went from $430,000 in revenue to $3.8 million in a two-year span. They are already leaders in their category and they made the 2017 Inc. 5000 at #558.

Young entrepreneurs don’t let themselves or their business be put into a box. And with the help of technology and media, these highly motivated individuals are indeed changing the world, one innovation at a time.

4. They are Continual Learners

The most successful young entrepreneurs I have had the honor to speak with are always calling themselves to a higher standard of greatness. They are committed to growth, no matter what that means. They aren’t committed to being right or to their pride or ego. They are committed to overall growth, no matter what that means. This means when they see a situation that they could improve in, they take ownership of it, find a solution and implement that solution to insure that it doesn’t happen again.

Jarrod Warren hit ultimate burnout because of his intense work ethic and non-stop hustle. Even though he knew that his work ethic was a strong point, he was determined to find a better way. A way where he could get just as much done without so much sacrifice in the end. So, he committed to learning, changing and growing. Through his story and commitment to creating a higher standard of greatness, he started the Success 101 podcast where his hope is that the strategies discussed will help business owners live a life of maximum potential and crush their personal and professional goals like never before.

It’s not about being right, it’s about learning and growing. Your greatest growth killing or growth booster can be the same thing: yourself. It’s your choice.

It’s not about being right, it’s about learning and growing. Your greatest growth killing or growth booster can be the same thing: yourself. It’s your choice.

Although there are several more traits that I could trace to the success of the power-house individuals above, these are the top common factors that I have seen from the hundreds of successful young entrepreneurs I have had the honor to speak with.

Commit to discipline, surrounding yourself with inspiration, always pursuing innovation and being a continual learner.

Remember, you can do anything you set your mind to.